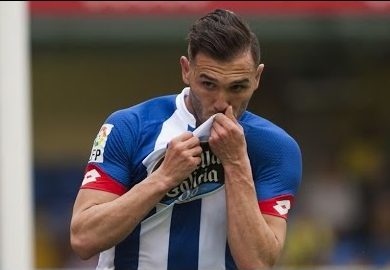 Everton target Lucas Perez could beon his way to Arsenal after the London club expressed an interest in signing the Deportivo La Coruna striker.

While Everton have indicated they will meet the 27-year-old’s £17million release clause and are reported to have agreed personal terms with the forward, Perez is believed to be holding out for a move to a Champions League club.

Arsenal boss Arsene Wenger has made no secret of his desire to bolster his striking options this summer, but attempts to sign Leicester City striker Jamie Vardy and Lyon forward Alexandre Lacazette have failed.

Known as Lucas, he is a late developer, having spent much of his early career in the Spanish lower leagues playing for Atletico Madrid’s junior team. After loan spells at Karpaty Lviv in Ukraine and Greek outfit PAOK Thessaloniki, he returned to Spain on loan with Deportivo, and was such a success that they signed him on a permanent deal last summer. He finished the following season as the club’s top scorer with 17 league goals.