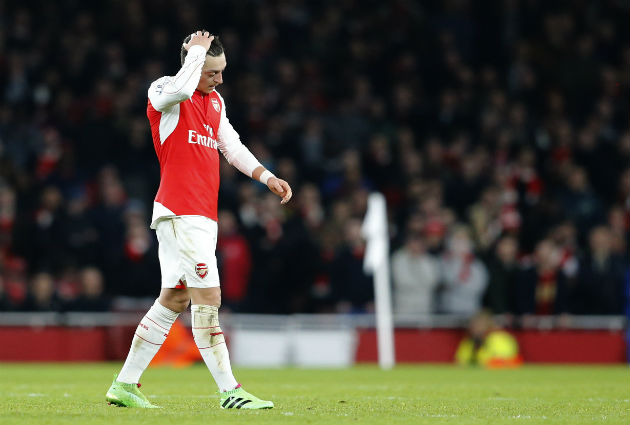 The Football Leaks website has challenged the opaque nature of the game recently. The website has created controversy recently, most notably revealing the details of Gareth Bale’s contract – much to the annoyance of Bale’s agent.

However the website has struck once again – this time revealing the contract nature of Arsenal and Germany star, Mesut Ozil.

According to The Telegraph, the transfer document reveals that Real Madrid negotiated a buy-back option from Arsenal for Ozil on a deal that was indeed worth €50 million (£42m).

In a similar vein to former Arsenal captain Cesc Fabregas’ contract at Barcelona, the North London club too inserted a first-option clause. However Arsene Wenger failed to take up this option and Fabregas was sold to London rivals Chelsea.

A surprising difference is that the clause allows Madrid a 48-hour first option on Ozil should Arsenal agree a sale for him to another Spanish club.

However this clause is not applicable should Arsenal decide to sell Ozil elsewhere in the world. If Arsenal were to agree a sale to a German club for example – Real Madrid would be obligated to match that transfer fee.

Below is a breakdown of the transfer fee according to The Telegraph:

The contract also contained a confidentiality clause – however with Football Leaks website revealing the contract details of Ozil and other high profile names, such as Anthony Martial – this could cause alarm bells for the games authorities.