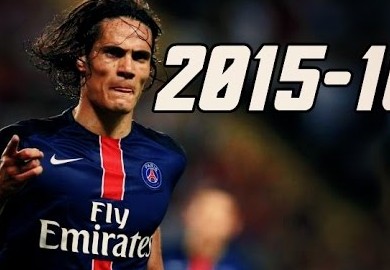 Edison Cavani has endured a cocktail of emotions during his time at PSG. There is no question regarding his abilities – he has a wonderful goals to game ratio that any forward would be proud of having – however he has endured some difficult moments.

Cavani has once again reignited the conjecture that surrounds his future. He described his time spent at the Parc des Princes as “as the hardest years of my career.”

Cavani has sometimes had to play out of position in his favoured central striker role; and he has found himself on the bench during parts of the season. He has started 17 times this campaign and has made 6 appearances from the bench.

He has scored 14 times this term, but he will no doubt attract interest from many clubs in Europe. The likes of Manchester Utd, Chelsea and Arsenal have all been linked with the Uruguayan hitman.

Cavani said his time in Paris has been challenging, both in a positive and negative – but those experiences have helped him mature as a person.

“I have spent the three hardest years of my career [in Paris]. Positive and negative things have happened, but a player can always improve, grow, and become more mature as a player and as a man,” Cavani told French TV programme Telefoot.

“I am only thinking about giving everything for the next months of competition and finishing this year together with my team-mates fantastically like we did last year.

“And then I surely have the opportunity to speak with the club, with president (Nasser Al-Khelaifi).”