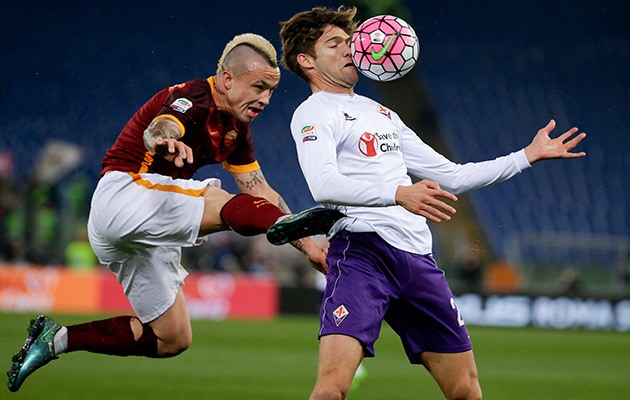 Fiorentina have confirmed the sale of left-back Marcos Alonso to Chelsea.

A statement on the Italian club’s official website read: “ACF Fiorentina announces that it has sold, outright, the rights of the player Marcos Alonso Mendoza to Chelsea Football Club.”

The 25-year-old Spaniard began his career with Real Madrid before a move to England where he spent three years with Bolton Wanderers. He joined Fiorentina in 2013 and made 57 appearances for the Serie A club as well as 16 for Sunderland during a six-month loan spell in 2014.

Chelsea’s deadline day spending may not stop there with the London club reported to be close to signing centre-back David Luiz, whose medical has been booked for 6pm. The deal will cost Chelsea £32m for a player theu sold to Paris Saint-Germain two years ago for £50m.