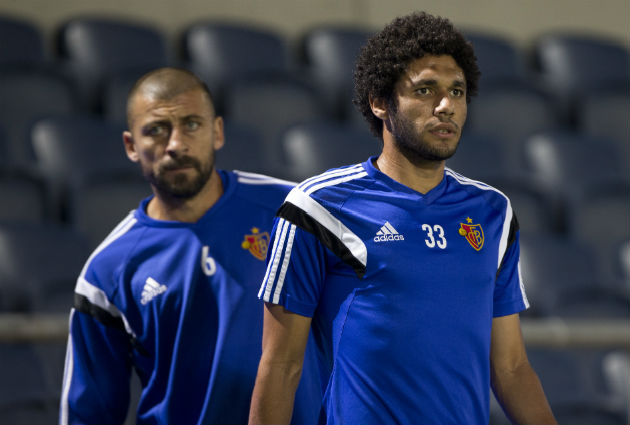 Arsenal manager Arsene Wenger has today confirmed that the signing of Basel midfielder Mohamed Elneny will be concluded this week – barring any issues with his work permit.

The signing of Elneny has been in the pipeline for some time now, however Wenger has said that the delay in the transfer is being caused by work permit problems and special paperwork that need to be resolved, however he did say that this should be finalised by the end of the week.

Wenger on Elneny: "We are positive that this week it can happen. There are a lot of work permit problems & special paperwork on his visa."

The signing of Elneny will be welcomed by Wenger and Arsenal fans alike, as injuries threaten to derail Arsenal’s ambitions of winning a Premier League title for the first time since 2004.

Speaking at his press conference Wenger said: “I expect Mohamed yes, we are positive that this week it can happen,

“The situation should be sorted out. There are a lot of work permit problems and special paperwork to do, (the) visa, so we hope we can finalise it this week.

“As long as it is not definitely signed, you have to be cautious, but I am optimistic about the case.”

Wenger usually keeps his cards firmly close to his chest when it comes to transfer targets, however he has said that the January transfer window promises to be an exciting one, and he expects many teams to be active.

“I believe many clubs will be active,” he said. “It could be one of the most active windows ever,” said Wenger.

In further good news for Arsenal fans, Tomas Rosicky, has resumed full training after a lengthy lay off. However Alexis Sanchez will not be fit to face Liverpool on Wednesday but he has a chance of returning for Sundays usual tough away trip at Stoke.

Wenger confirms Rosicky is back in full training from today. #afc pic.twitter.com/uincc5ZMRD