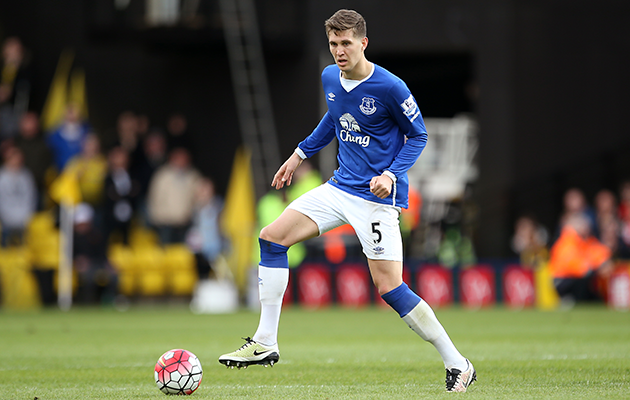 Manchester City manager Pep Guardiola has confirmed he is interested in signing Leroy Sane from Schalke and John Stones from Everton.

City drew 1-1 with Dortmund at the International Champions Cup in China, but won 6-5 on penalties to give the new manager his first win, and the Spaniard was asked afetrwards about his transfer plans.

“Sane is a player from Schalke. If he comes, we’ll be happy. If he stays, I’ll be happy for the Schalke fans,” said a diplomatic Guardiola. when quizzed about the 20-year-old winger.

Then asked if reports were true that City were any closer to signing long term target Stones, he said: “It’s the same answer for Sane – he’s a player for Everton. Everyone knows we’re going to try but we will see.”

Stones was the subject of a similar transfer saga last summer when Chelsea, then managed by Jose Mourinho, attempted to sign the former Barnsley man. Everton managed to fend off interest in their talented but inexperienced defender, despite Stones submitting a transfer request. Twelve months on, the lure of playing under Guardiola is understood to be a key factor behind Stones’ desire to leave. Everton are now understood to be willing to sell but they have slapped a price tag of £50million on the 23-year-old.