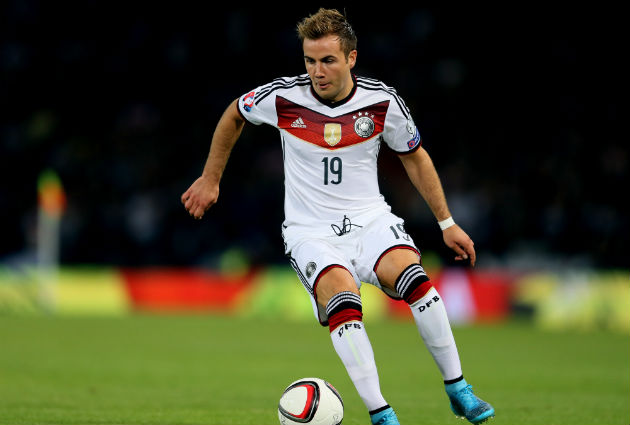 Liverpool manger Jurgen Klopp has laughed off rumours linking his former player Mario Gotze with a move to Merseyside.

According to Sky Sports, Liverpool are interested in bringing Gotze to Anfield in the summer transfer window.

Gotze could potentially force a move away from Bayern Munich in the summer, as he would only have one more year left on his existing contract.

However when questioned about Liverpool‘s apparent interest in the World Cup winner, Klopp was a laughing mood and refused to confirm whether an approach had been made.

“It shouldn’t surprise you that we don’t talk about any names,” he said.

“We can talk about [Joel] Matip and [Marko] Grujic, because these are fixed deals, the problem is, you don’t know these players – ah wait, you know Matip!”

He added: “Seriously, I never comment on any rumours. I´m happy for Mario that he played such a good game [for Germany v Italy] after being out for a long time with an injury. In addition to that, there is nothing more to say.”