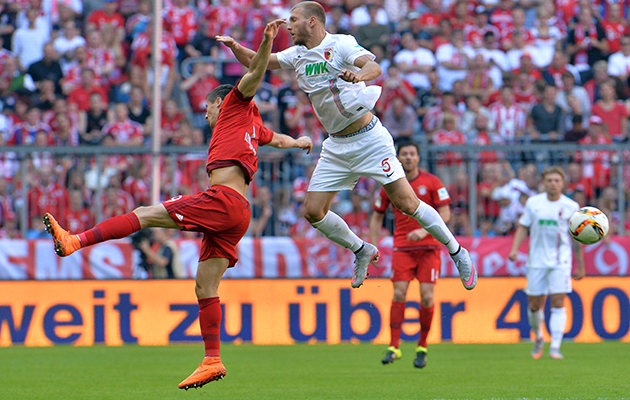 Liverpool have completed the signing of Estonian defender Ragnar Klavan from Augsburg.

Reports claims that the the club will pay €5 million plus add-ons for the 30-year-old.

“I’m really honoured to be part of this amazing club, this amazing team,” Klavan told the club’s official website.

“It’s hard to put it into words, because it’s been a dream of mine for 22 years to come to the Premier League and be a part of this amazing club, Liverpool.

“The Premier League is the most attractive league in the world and you always have amazing players here. This is the home of football.”

He added on Augsburg’s official website: “I had a great time at Augsburg, but I can now fulfil one of my childhood dreams with a move to England. I would like to thank those in charge at Augsburg that they enable me to do it.

“We got a first impression of Anfield Road when we played Liverpool with Augsburg in the Europa League in February. I am delighted that I can experience this on a regular basis now.”

“We knew of Ragnar’s dream to be the first Estonian in Premier League for years,” he said. “When the door opened for him to play at a club like Liverpool, we together worked on a solution.

“We would like to thank Ragnar for his commitment and only wish him the very best for his new challenge.”

Klavan made more than 100 appearances for Augsburg after joining them in 2012.

His national coach, Magnus Pehrsson, speaking to ESPN FC, described the defender as a model professional.

“I think he has most of what you ask from a central defender – he is calm with the ball, he can build up well, he’s fast, he’s good in the air, he can tackle,” Pehrsson told ESPN FC. “I think he’s a complete defender.”

“From the players I have worked with in my career, he’s the most professional I have worked with, in terms of taking care of himself and really trying develop himself day by day,” the Swedish boss, who took charge of the Estonian national side in 2013, said.

“He’s a real role model. This is my third year with him now and I don’t see any difference at all. I think he has developed in these three years. He has always been a good athlete — he is strong and fast. By playing more at a good level in the Bundesliga, I think he has developed with his positioning on the pitch, and that together with being a fast player, I see him carrying on six, seven years without any problems.

“He does most of the things you like players to do. He’s always doing preparation in the gym before training sessions, he takes care of himself afterwards, very aware of what he eats and how to recover between games. I know he’s been working to train his brain on how to stay focused on the task during the games.

“His motto since he became a professional player in Estonia is that he should never reject anything, and he really takes advantage of the talent he has.”