Alex Teixeira has exclaimed with frustration at Shakhtar rejecting the advances of Liverpool.

Shakhtar would like a fee closer to £35m for their crown jewel, however Liverpool are unwilling to pay such a high fee.

Jurgen Klopp was coy when asked about the interest, however Teixeira revealed publicly that Liverpool had made a bid for him.

He said frustratingly to US broadcaster NBC Sports: “The team received one official offer from Liverpool. It was rejected. I don’t know why.”

He added: “It was a great offer. It is frustrating. But the manager and the club president decided against it. So now I am just waiting, trying to be patient.

“Liverpool is a huge club. So many great players have passed through there. It would be an honour to defend the Liverpool shirt.

“I know my agent is still attempting everything possible to help me get to Liverpool. I’ve played with [Philippe] Coutinho since we were 10 years old. It would be a lot of fun to play with him again.” 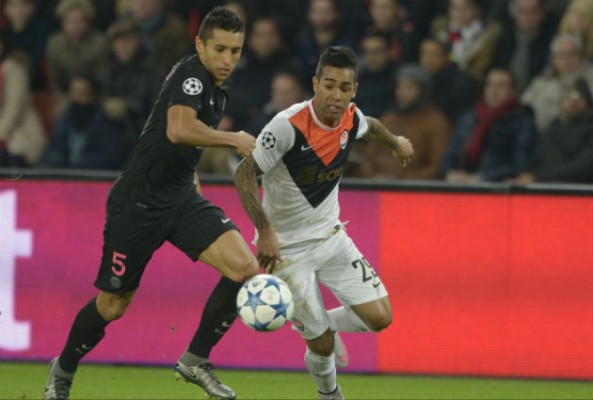 Shakhtar’s manager Mircea Lucescu said last month that he would not stand in Alex Teixeira’s way – however he did say the player was worthy of a high transfer fee.

“I compare him with other players of the same age who changed a club. [Angel] Di Maria for example at Paris Saint-Germain.

“Teixeira can be at the same level, better even. He doesn’t get injured, and every year he gets better and better.”