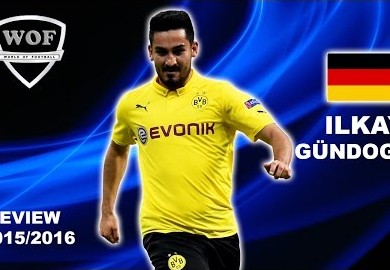 According to Sky Sports, Man City are in advanced negotiations with Borussia Dortmund for the dynamic midfielder.

It is no secret that City admire Gundogan’s ability – In March a meeting took place Amsterdam between the player’s uncle and agent, Ilhay Gundogan, and Man City Sporting Director Txiki Begiristain.

Gundogan is a key member of the Dortmund set-up and is of the ilk of a Pep Guardiola type player. He has wonderful vision and passing abilities; and can dictate play from deep in midfield.

He was a key part of the success that former Dortmund manager Jurgen Klopp’s team had, however he suffered a bad back injury that ruled him out for a prolonged period.

His current contract expires on 2017, and there has been no indication that he will sign a new deal, despite Dormund offering him a new deal.

Dortmund coach Thomas Tuchel said last month that he is not convinced the player will stay and said:

“I know what we can offer him and if that is not enough for him to stay then so be it.”

Below is how Gundogan’s stats compare to Manchester City’s current midfielders. 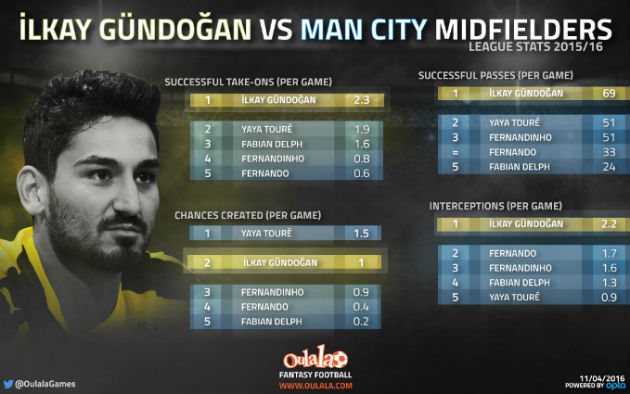