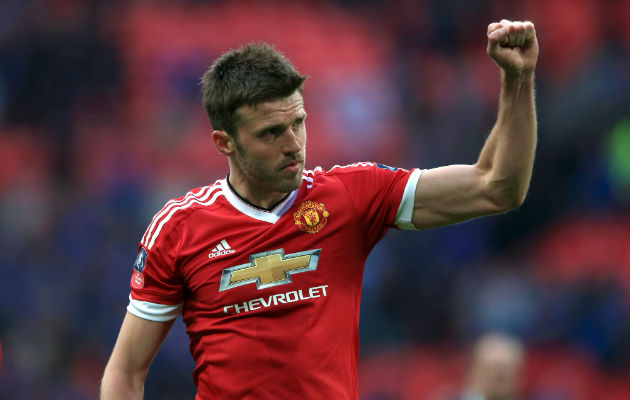 Michael Carrick has signed a new deal with Manchester Utd that will take him into his eleventh year at the club.

Carrick has had a storied career at Old Trafford and recently added the FA Cup to his vast number of medals.

Carrick was signed from Tottenham back in 2006 and has now penned a new one-year contract extension.

He told the club’s website: “This great club has been a part of my life for the past 10 years, so I am delighted that this incredible journey is continuing.

“It’s great to have the opportunity to work under Jose Mourinho, who has achieved so much during his managerial career. I would like to thank the fans for their unwavering support.

“Winning the FA Cup was a special moment and, hopefully, we can go on to win more trophies in the future.”

Mourinho was too looking forward to the prospect of working with Carrick and hailed the midfielder’s qualities.

He said: “Michael is a very intelligent midfielder and a great reader of the game. I am pleased that he will be extending his contract.

“His form this year shows his ability and his enjoyment of the game are as strong as ever. Michael has a wealth of experience from his many years at the club and that knowledge will be invaluable to me.

“I am really looking forward to working with him.”