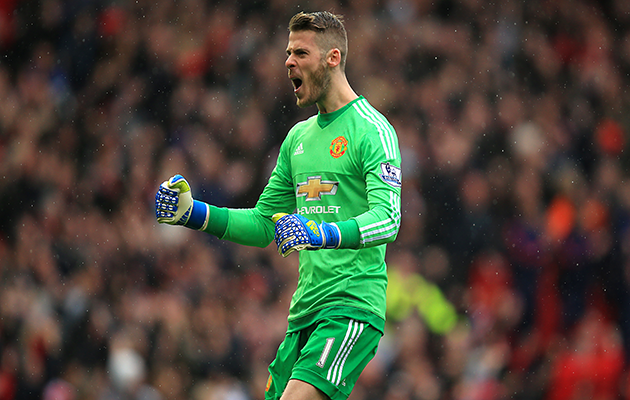 AS says the goalkeeper insisted the clause was included when he signed a new deal with United last year after his move to Real Madrid collapsed late in the transfer window.

At the time, De Gea was set to return to Spain with Keylor Navas going the other way only for the papers to be registered too late with FIFA.

Madrid were to pay £30m for De Gea but receive £15m for Navas, with De Gea at that stage in the final year of his contract.

This year, however, De Gea is under a longer deal and will cost £40m, but that buyout pricelapses on June 15.

The 25-year-old has won United’s player of the year award in each of the last three seasons, having developed into one of the continent’s leading goalkeepers since moving from Atletico Madrid in 2011.

There are reports from England claiming that De Gea will force throuygh a move if Louis van Gaal is retained as manager, but is more likely to stay if Jose Mourinho is named manager. Perhaps, not coincidentally, Mourinho, like De Gea, is a client of super agent Jorge Mendes.

Given the machinations at play when it comes to the identity of United’s next manager, it is not too far fetched to surmise that the De Gea speculation is merely being used by Mendes as a bargaining chip to ensure his client is chosen as the preferred successor to Van Gaal.

United complete their Premier League campaign on Tuesday night with the rearranged match against Bournemouth. The fixture was originally scheduled for Sunday, but was postponed due to a security scare.