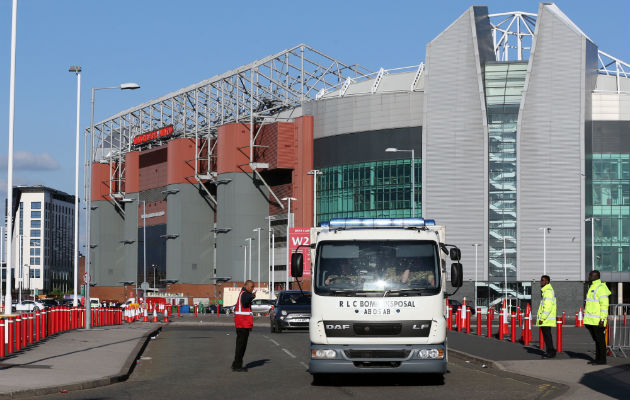 Manchester Mayor Tony Lloyd has labelled the fake Old Trafford bomb situation a “fiasco” and that someone will be “held accountable”.

The Premier League game between Manchester Utd and Bournemouth was postponed until Tuesday night following a fake bomb left by a private company after a training exercise involving explosive sniffer dogs last Wednesday.

It seems that the company left the device in the stadium which subsequently led to the evacuation of the stadium before kick-off.

Tony Lloyd said: “It is outrageous this situation arose.

“A full inquiry is required to urgently find out how this happened, why it happened and who will be held accountable.

“This fiasco caused massive inconvenience to supporters who had come from far and wide to watch the match, wasted the time of huge numbers of police officers and the army’s bomb squad.

“It also unnecessarily put people in danger, as evacuating tens of thousands of people from a football stadium is not without risk.

“Whilst this in no way demeans the professionalism of the police and stewards responsible for getting the fans out, or the supporters’ calmness and cooperation during the evacuation, it is unacceptable that it happened in the first place.”