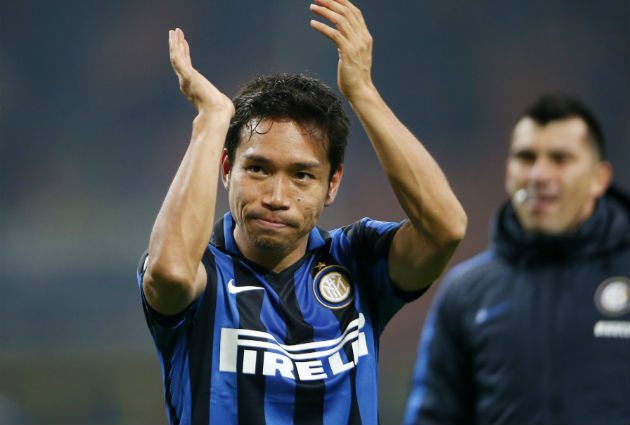 Inter Milan full-back Yuto Nagatomo has signed a new three-year contract extension which will keep him at the club till 2019.

Japan international Nagatomo, has made 190 appearances for club and he has played in 21 matches so far this season.

The 29-year-old is delighted to have signed a new deal and said that he never considered moving away, despite claiming that he rejected a move to Manchester Utd.

A delighted Nagamoto said: “I never thought of leaving. As I said before, I love Inter and I want to give my all for our goal,” he told the club’s website.

“I’ve been here for five years and I’m happy, everyone treats me well.

“I feel at home. I want to thank the president, the club, [vice-president] Javier Zanetti, Roberto Mancini, the staff and the fans.”

Official: Yuto Nagatomo has signed a contract extension with #Inter until 2019 pic.twitter.com/dQ7NgIwsAI

“I want to stay here – I even rejected Manchester United so I could stay in Italy.

“I am happy at Inter, I’ve been here for five years and I like the atmosphere, from my team-mates to the staff.

“The season I am having has been great. There is no better time to be at Inter.”