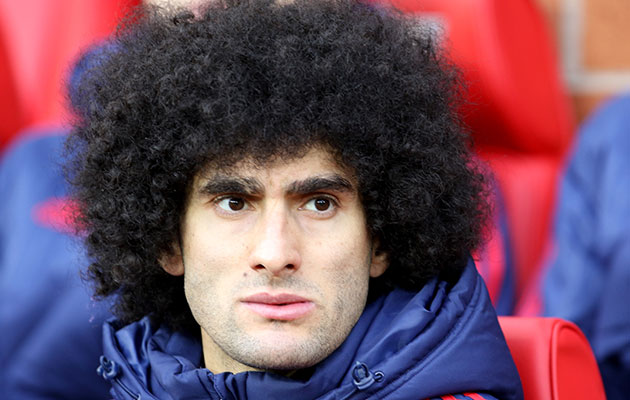 Recent reports claimed the Serie A had agreed a deal with United to take the Belgian international on loan until the end of the season, but Galliani says no one will be arriving at the San Siro unless other players are shipped out first.

“Fellaini is a player I like, I have always liked him, but there is no way he is joining Milan,” Galliani told Mediaset Premium.

“I can only deny that Fellaini is close to Milan. We already have seven players in midfield. If nobody leaves in that area, we will not sign anyone.

“We are well stocked in all areas. It is very unlikely we will make any signings unless someone leaves.”

Fellaini, 28, joined United from Everton in September 2013 in a deal worth £28 million, but he has struggled to earn a starting place at Old Trafford under Louis Van Gaal or his predecessor David Moyes.

The Belgian has made 18 appearances in all competitions for United this season, scoring two goals.

Galliani was speaking ahead of Milan’s 0-1 home defeat to Bologna earlier today, a result which left the Rossoneri in seventh spot in Serie A, eight points adrift of Inter who currently hold the third Champions League spot.

Milan have already signed Kevin-Prince Boateng from Schalke on a six-month contract. The midfielder rejoins the club two and half years after he left for Germany in a deal worth €10m.