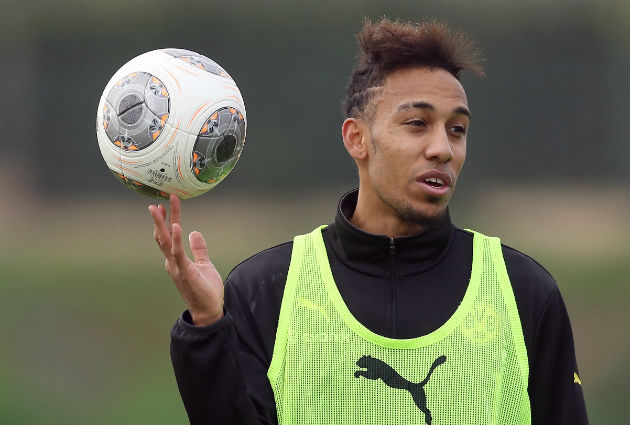 Arsenal and Liverpool’s apparent transfer ambition of landing in-form striker Pierre-Emerick Aubameyang has taken another twist – with Borussia Dortmund chief executive Hans-Joachim Watzke publicly stating that the club are not dependent on anyone.

According to The Sun and The Telegraph, both clubs yearn for the services of the red hot Gabonese striker, who has been in sensational form thus far this season. Aubameyang has struck 27 goals in 27 games in all competitions for the German club this term, including 18 goals in the first half of the Bundesliga season.

It is inevitable that Liverpool are being linked for the forward – as it was current Reds manager Jurgen Klopp who brought in Aubameyang from Saint-Etienne in 2013 – but Dortmund chief Watzke says no player is bigger than the club, and that the club have always found solutions despite losing their most coveted assets in the past few seasons, most notably Robert Lewandowski.

Speaking to German newspaper Bild he said: “We can never believe that a club like Borussia Dortmund is dependent on a player,” before adding: “We are not dependent on anyone.

“When Robert Lewandowski left, we found [solutions] and he even has three more goals than Lewa. We are now so well positioned that we can offer alternative solutions again and again.”

However he did admit that Dortmund cannot match the financial muscle on display in the Premier League:

“[We want] our team to stay together. We do not have as much money as the top stars in the Premier League, but we have a lot of other things to offer. For example our players were able to celebrate Christmas.”

It was widely rumoured that Arsene Wenger looked to bolster his striking options last summer, to complement Olivier Giroud. However it appears that landing the forward could be difficult with Watzke looking to keep hold of the club’s stars and cited that Dortmund were able to keep Matt Hummels and Ilkay Gundogan, despite them being previously linked with a host of top clubs in the past.

“Last year around this time, many journalists wrote that our top players would be gone,” he added.

“Hummels was at Manchester United. Gundogan was with [Real] Madrid, Manchester or Barcelona. And where are they now? Still with us!”