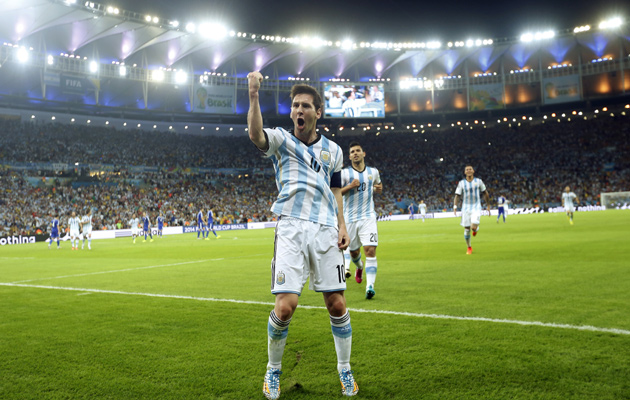 Match overview: Argentina showed glimpses of their potential in a game which they had looked set to win comfortably after taking an early lead. But Bosnia fought back and Argentina coach Alex Sabella was forced into half-time changes that helped Lionel Messi rise to the occasion in the second half, scoring a wonderful goal. Bosnia scored late on to make the scoreline a fairer reflection of the overall game.

Key moment: The half-time changes that brought Fernando Gago and Gonzalo Higuain back into the side. Argentina reverted to the 4-3-3 formation that was so successful in qualifying and looked much more comfortable in the second half.

Man of the match: Lionel Messi struggled in the first half, dropping deeper and deeper in a bid to get the ball. But the half-time changes allowed him to link up with Higuain and Aguero more effectively and he scored a wonderful second goal for Argentina.

Talking point: Argentina coach Alejandro Sabella sprung a surprise by fielding a more defensive 5-3-2 starting line-up. He seemed to be experiencing a crisis of confidence over his regular attack-minded 4-3-3 line-up. With Rodrigo Palacios injured, Sabella was reluctant to field all his strikers from the start. But the new, more conservative formation did not work in the first half, and Sabella rang the changes at half-time. Ironically, Argentina conceded the late goal to Bosnia while playing the formation which Saballa had feared would leave them vulnerable.