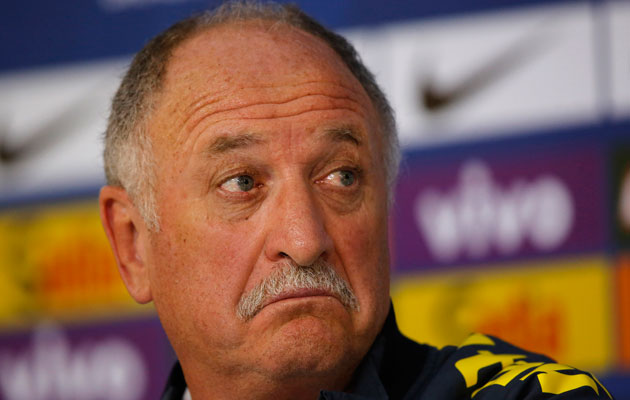 On the day that Luiz Felipe Scolari steps down as Brazil coach, one of his predecessors, Mano Menezes, admits that the European nations have surpassed Brazil with their superior technical ability.

Scolari, who despite leading Brazil to World Cup glory in 2002, will forever be associated with the humiliating 7-1 semi-final rout by Germany, had initially received the backing of Brazilian Football Confederation (CBF) president Jose Maria Marin

A statement from the CBF read: “Coach Luiz Felipe Scolari and his fellow coaching staff surrendered their positions to the board of the Brazilian Football Confederation. The resignation was accepted by president Marin, who was keen to thank all the coaches and players and, by extension, the Brazilian fans for their support throughout the World Cup campaign.

“Scolari and his entire coaching staff deserve our respect and gratitude. They were responsible for returning to the Brazilian people your love for the team, despite not having achieved our greatest goal.”

Scolari, however, accepts that history will judge him less charitably.

“I will be remembered as the coach to lose 7-1, but I knew that risk when I took the job,” he said last week.

“The person who decided the line-up, the tactics, was me. It was my choice.”

Brazil’s Fernandinho looks distraught as Brazil concede yet another goal in their 7-1 defeat to Germany.

The 2014 World Cup semi final was the first time in 39 years Brazil had tasted defeat in a competitive fixture at home.

And Menezes, who succeeded Dunga after the 2010 World Cup before he was replaced by Scolari in 2012, told TV Esporte that Brazil needed to arrest the sharp decline in technical ability if it is to become competitive again.

“We know exactly what our problems are, but we don’t know how to fix them or we lack capable people with knowledge to understand the best path to take,” said Menezes – now in charge of Corinthians.

“This is what Brazilian football lacks, then (if we fixed the problems) we certainly could keep managers longer and improve the development of players, which is something that has declined a lot.

“The level of our players nowadays is technically worse. Our ball control is worse, as is our passing, and people sometimes confuses juggling with the ability to play football, but they are different things.”

Menezes added: “We see that the European football that has been developed (in recent years), does everything better than us.

“We still have the dribbling, the pure individual ability of the players a talent, but we don’t know how to develop players like we used to do in the past. That’s why we are lagging behind.”