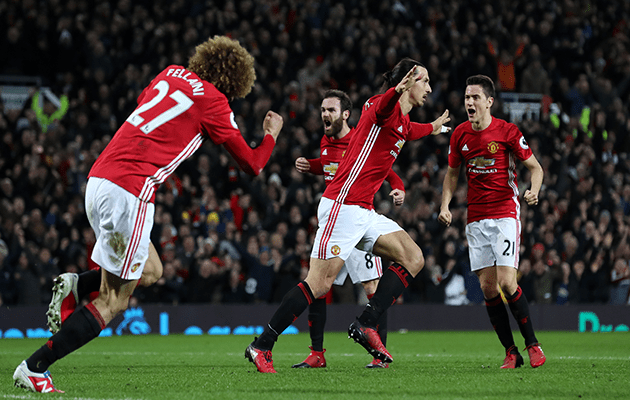 Last week we found another Africa Cup of Nations winner with the sure fire tip of under 2.5 goals in the game between Ghana and Mali and also the coolness of Alexis Sanchez paid off for us as his last-minute penalty against Burnley found us an anytime goalscorer winner in the Premier League.

Let’s take a look at the latest betting odds for the fixtures across the footballing world this weekend to try and beat the bookies once more – just like the Manchester punter who won £13k on a 25p stake last week!

Man Utd are on a great run at the moment – they are unbeaten in 17 games and their Old Trafford form has been excellent, so relegation threatened Wigan have a very hard task in the FA Cup on Sunday!

Burnley are an incredible side to analyse from a betting perspective, because their form differs so much depending on if they are playing home or away. The Clarets are incredible at home – winning seven of their last eight – whilst failing to win any of their 12 away fixtures.

With that in mind they will be delighted to have drawn a home tie and even more delighted they drew Bristol City. The Championship side are in absolute freefall at the moment, losing each of their last eight league games and they even lost at Turf Moor last season by a 4-0 score-line. Back Burnley to win at 4/6.

For those after an FA Cup upset you can do worse than back Derby against Leicester. The fact that the Championship side are favourites to beat the Premier League champions on Friday night is a sure fire sign of just how bad the Foxes have been this season! Back the Rams to cause an upset with a best price of 33/20 available, especially as Leicester have won just two of their 15 away games so far.

The African Nations Cup reaches the quarter-final stage this weekend with eight sides still with a chance of becoming new champions after the current holders and pre-tournament favourites Ivory Coast were eliminated earlier this week.

I believe that with a stake of £10 returning £38 on a Ghana and Senegal to win their quarter-finals over DR Congo and Cameroon respectively, you are in with a great shout of a winner. Senegal have been the stand out team of the tournament and are now the favourites to win the African Nations Cup, whilst Ghana have only conceded two goals in their last five games and will be hard to beat.

There’s an interesting price in Ligue 1 this weekend. Nantes have won their last three on the road, but are still massive 14/5 underdogs when they head to Rennes. They are on a run of six wins out of eight in all competitions and have only lost once in their last four visits to Stade de la Route-de-Lorient, plus Rennes have won just two in nine. Back an away win!

The big game of the weekend though, is PSG hosting league leaders Monaco on Sunday. A win for the home side will put them equal on points with their opposition. Considering Monaco have won just three of their last nine on the road, I am backing PSG to come up with the goods and pick up the three points. Unai Emery’s side have won six in a row in all competitions and scored 21 goals in the process, so I fancy them at 7/10 here.