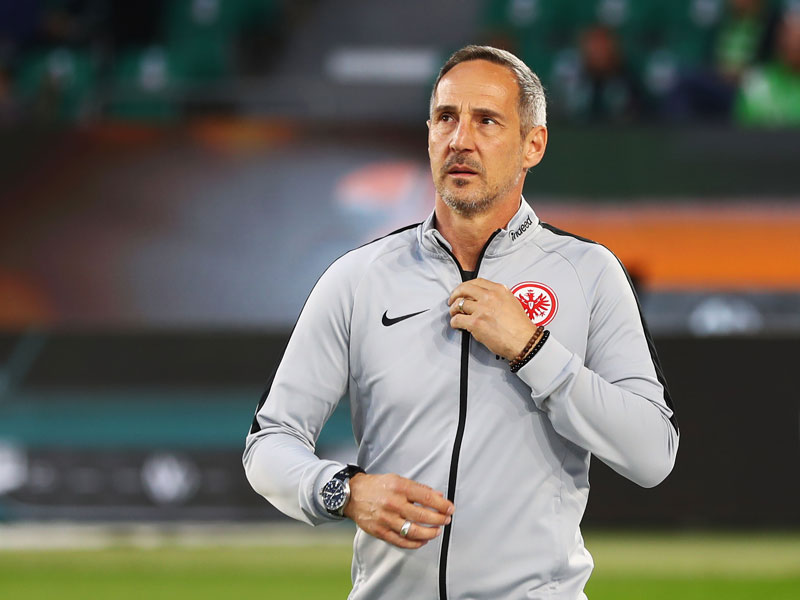 Chelsea beware. The Stamford Bridge princes would be wise to avoid complacency when they face the ebullient underdogs of Eintracht Frankfurt in the Europa League semi-finals next month.

The only Bundesliga club not to have flopped in Europe this term, Eintracht simply cannot be taken lightly. Under their new Swiss coach Adi Hütter, who took over last summer from the Bayern-bound Niko Kovac, the Eagles are now a most impressive proposition: an explosive attacking force, gritty and resolute when they need to be and sophisticated tactically.

In the current campaign, they already have claimed a number of significant Europa League scalps (Marseille, Lazio, Shakhtar, Internazionale and Benfica) and there is a real feeling in the camp that the momentum is irreversibly with them.

Many German football writers see Eintracht as the reincarnation of the Schalke side which back in 1996-97 won the UEFA Cup against all the odds. Obdurate, uncompromising and muscularly dynamic, the Schalke of that era are now immortalised as the ‘Euro-Fighters’. The Frankfurter Class of 2018-19 have the same steely will. They don’t contemplate defeat.

“The key for us tonight was the character and mentality we showed,” declared Eintracht’s Serb midfielder Mijat Gacinovic following the 2-0 victory over Benfica in the quarter-final, second-leg, a result which put the German Cup holders through on the away-goals rule (the two sides locked at 4-4).

Eintracht have two other factors solidly in their favour, the first being the bold football philosophy of coach Hütter. He has a visceral mistrust of safety-first tactics and wants his team to seize the initiative in every game. One-nil wins are not his style. He would much rather unleash his attacking weapons of choice – star striker Luka Jovic, French front-man Sebastian Haller and Balkan wide-outs Ante Rebic and Filip Kostic – and end up 5-4 to the good.

“We must never solely aim to act passively, sitting back and somehow hoping that we’ll have control of the game,” says Hutter. “We have to be incredibly flexible and look to cause discomfort to the opposition defence. To aim blows at them.”

Equally important to Eintracht’s European exploits is their wonderful support both home and away. For the Waldstadion faithful, the Europa League is anything but an inferior prospectus, with over 15,000 fans travelling to the San Siro in March to see their favourites upset Internazionale 1-0.

Thirty-nine years have passed since Eintracht’s one and only European trophy, the conquest of the UEFA Cup in 1980. The belief in these parts is tangible that history is about to repeat itself.

What We Learned This Week
1. Game over.

In a wholly predictable move, struggling Stuttgart have told coach Markus Weinzierl to clear his desk. The latter could not have been surprised. After taking over at the Swabians in October, Weinzierl managed just four wins in 22 Bundesliga outings and had not delivered a victory since early March. A 6-0 humbling at fellow relegation candidates Augsburg was the final straw. Nico Willig, the club’s Under-19 coach, will be in charge of the first-team for rest of the campaign.

Following Bruno Labbadia’s recent decision to quit his role as Wolfsburg coach at the end of the season, the VW-backed outfit have opted for an Austrian replacement, hiring 44-year-old Oliver Glasner, who currently calls the shots at LASK Linz. Glasner has a reputation as a miracle worker at LASK, the brains behind their top-flight promotion in 2017 and emergence as national heavyweights.