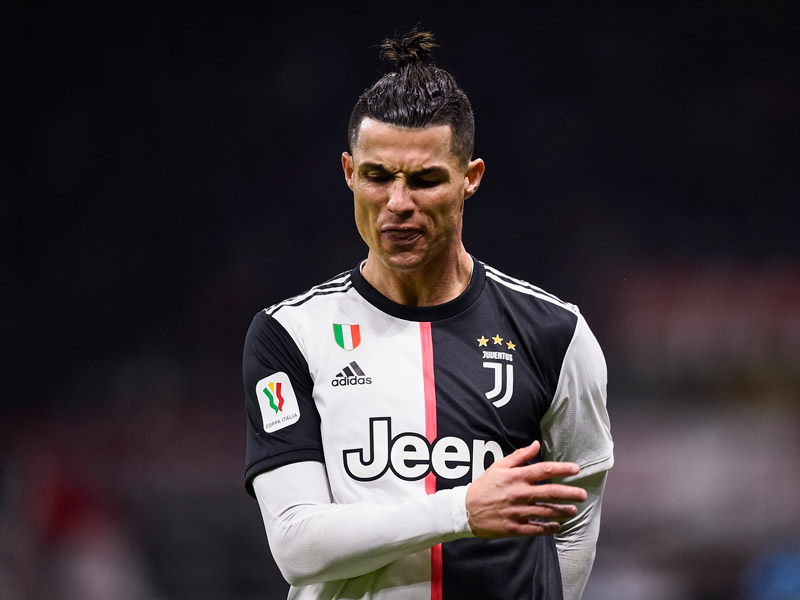 The Coronavirus epidemic, which has caused the deaths of seven people in Italy, is about to impact seriously on Serie A football. Because of the medical emergency, Sunday night’s eagerly anticipated big game, the top of the table clash between champions and league leaders Juventus and Inter Milan, will be played behind closed doors.

Following an emergency meeting on Monday between the Football Federation and the Italian Ministers for Sport and Health, respectively Roberto Speranza and Vincenzo Spadafora, it was agreed that Italy’s Serie A programme would, for the time being at least, go ahead as scheduled. That is, however, with the important condition that the “northern” games be played behind closed doors.

The point here, of course, is that thus far Italy’s Coronavirus epidemic has been restricted to the northern regions of Lombardy, Piedmont, Friuli Venezia Giulia, Emilia Romagna, Liguria and Veneto. Six of the seven deaths so far have occurred in Lombardy whilst 172 of the 229 people who have contracted the virus in Italy also come from Lombardy.

As Italian police and health authorities try to cordon off the disease, essentially by creating a “lockdown area” around 11 Lombardy villages near Lodi which form the epicentre of the outbreak, a whole series of restrictive measures re the movement of people have been introduced. In essence, the authorities have banned any public events in the northern regions where large crowds might gather in an attempt to stop the spread of the disease.

Thus the Venice Carnevale, due to begin this week, has been cancelled. Furthermore, Milan’s iconic Duomo Cathedral and the city’s world famous La Scala Opera House have both been closed. Milan designer Giorgio Armani held an important fashion show last Sunday behind closed doors. Furthermore, schools, universities and many public offices in these regions have also been closed, at least until Monday March 2nd.

Inevitably, a whole plethora of sports events, including four “northern” Serie A games – Atalanta v Sassuolo in Bergamo, Torino v Parma in Turin, Verona v Cagliari in Verona and Inter v Sampdoria in Milan – were all postponed last weekend. In all, at various levels, just under 2,000 games were postponed.

Faced with an apocalyptic scenario whereby the government might call for more postponements, thus throwing the already log jammed fixture list into total chaos, the Federation came up with the idea of playing on, but behind closed doors. This means that, barring an unlikely improvement in the overall Coronavirus situation, Sunday night’s “Derby d’Italia”, one of the most keenly awaited games of this season, will be played behind closed doors at the Juventus Stadium in Turin.

Given the northern dominance of Serie A, this week’s government decree means that only four of next weekend’s scheduled ten games will be played in front of spectators, namely Lazio v Bologna in Rome, Napoli v Torino in Naples, Cagliari v Roma in Sardinia and Lecce v Atalanta in Puglia. All the other games, including obviously Juve v Inter, will be played in the eerie setting of an empty stadium.

This is clearly not an ideal situation but, given the alternative, the Federation has agreed to make the best of a bad job. Otherwise, in this Euro 2020 year, Serie A might have been facing a horrific backlog, requiring teams to play three times a week in order to finish out the season in time for Euro 2020.

Rubbing salt into the Inter and Juve fans’ wounds is the consideration that they may not even be reimbursed the approx. €5 million box office they have shelved out for tickets for Sunday night’s “would-have-been” full house. Apparently, if an event has been called off by government decree, then the club has no legal responsibility to refund fans.

Mind you, depending on the evolution of the Coronavirus epidemic, things could yet get even worse. Many observers wonder how long it will be before the epidemic takes root in other parts of Italy, an eventuality that would almost certainly close down all soccer.

One person who argues that this could still happen is Prof. Enrico Castellacci, former team doctor to the Italian national team. Castellacci, who worked with Italy for 14 years including during their 2006 World Cup win in Germany, made this dire prediction to sports daily, “Gazzetta Dello Sport”, saying:

“If it spreads to other regions, there will be little option but to go that way (shut down the campionato)…”

In the meantime, the first closed doors game will be Inter’s home Europa League fixture against Bulgarian side Ludogorets at the San Siro on Thursday evening. Given that Inter are 2-0 up from the first away leg, maybe this will be a game where the lack of home support will not prove a problem.