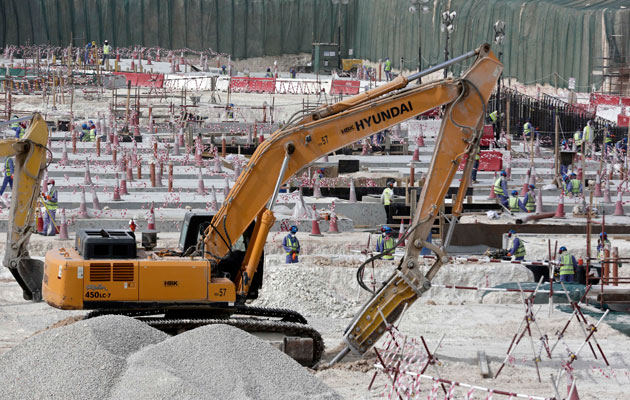 The Netherlands Trade Union Confederation (FNV) has filed a complaint against Fifa over its alleged involvement in the mistreatment of migrant workers in Qatar ahead of the 2022 World Cup.

The legal action has been filed with a Swiss court and Fifa has been “summoned to appear in the commercial court in Zürich” in a case involving the Bangladeshi migrant worker, Nadim Sharaful Alam. The Confederation also confirmed that the Bangladesh Free Trade Union Congress (BFTUC) and the Bangladesh Building and Wood Workers Federation (BBWWF) were supporting the action.

“The Swiss court is asked to rule that Fifa acted wrongfully by selecting Qatar for the World Cup 2022 without demanding the assurance that Qatar observes fundamental human and labour rights of migrant construction workers, including the abolition of the Kafala system,” read a statement from the FNV.

“The Swiss court is furthermore requested to rule that, in the run-up to the 2022 World Cup, Fifa ensures that the rights of migrant construction workers are safeguarded, by insisting on adequate and effective labour reforms in Qatar, that are actually implemented.

Fifa was made aware of the claim on 10 October and immediately rejected the allegations made against them.

Earlier this year, Federico Addiechi, Fifa’s head of sustainability, replied to a critical report by Amnesty International, by insisting the goverrning body “is fully committed to do its utmost to ensure that human rights are respected on all Fifa World Cup sites and operations and services directly related to the Fifa World Cup.”