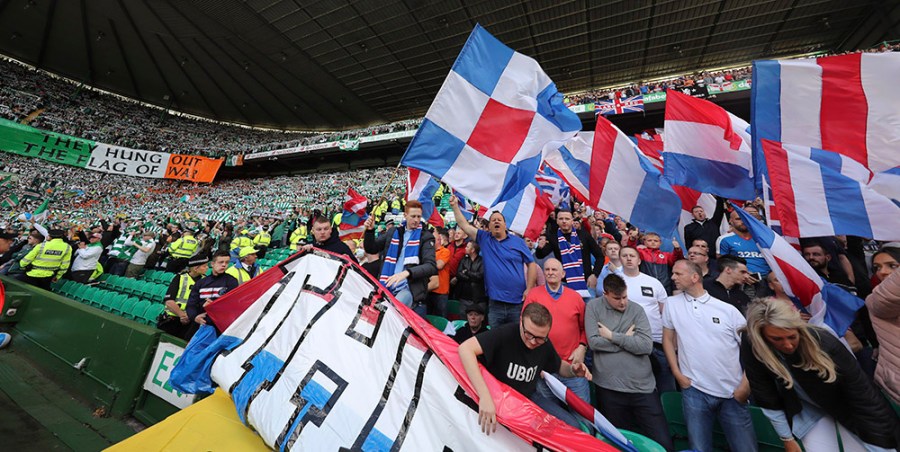 With such a large group of football loving followers, Footie Accumulators recently decided to throw a few pondering questions, in the form of online polls, their way.

Below is a summary of the results. We did not include any comments, so to protect the innocent and keep things calm. For more football fan insights, head over to footyaccumulators.com today, you may pick up a good tip too.

Ever considered who the biggest contenders are for the biggest football rivalry in the UK?

We did, and quickly learnt that Arsenal-Chelsea doesn’t come close to being in the mix. We’d have done a London centric poll but preferred to stick with the wider and bigger UK footballing picture. And the stats don’t lie.

Which rivalry is the biggest in the UK?

Out of 52,914 voters, 23,282 reckon the Glaswegians have it with a rivalry that is rooted deep in history. The Old Firm derby is closely followed by the MUFC v LFC meeting. The match between English football’s two most successful teams may have been fiercer in the past but 22,223 believe the North-West is host to the fiercest rivalry in the English game.

The Scottish champs are currently undefeated in their league, but how would they fair south of their border? We put this question out to our twittersphere to test the waters.

If Celtic were to join the Premier League… Where would they finish? 🍀

So, that means from over 18,000 voters only 729 believed Celtic would be up there challenging for the English title. That is perhaps surprising given Celtic’s historical encounters with English opposition.

Celtic last played Liverpool in 2003 and won 2-0 away. In fact, out of a total of six encounters with Liverpool, the English club have only ever managed to beat Celtic once. This happened in the European Cup-winners Cup in 1966.

Celtic have played Man City twice, both times in Champions League group matches in 2016, each game ending in a score draw. More than respectable.

And they held their own against Manchetster United, when United were in their pomp under Alex Ferguson, too. They managed a victory and a draw. Not bad.

Celtic’s record’s is so great against Arsenal. They’ve met twice and suffered a loss on each occasion.

Celtic have never played a professional game against Chelsea but earned a draw in a pre-season friendly at Stamford Bridge back in the early noughties. Admittedly, Chelsea put out a far from full strength team.

The bulk of voters are putting them down in the bottom half, realistic? Could the hoops really be battling it for a top 10 among the likes of Stoke and their ilk…? Judging by the above results, they can prove worthy top five contenders. Will we ever find out?

Gemma Collins took a tumble the other day, we’re sure the date is etched into everyone’s memories… Remember it? She went over and the nation held its breath. Well, what else was the best part of that day? It happened on the 22nd October, for you forgetful heads. We took it to the polls and found that even Spur’s 4-1 win over Liverpool didn’t even come close to Gemma’s tumble. Nor did Everton’s trouncing or their second goal. In fact, out of 12,152, 63% went for Gemma’ stumble, 23% for the Spurs victory and only 10% enjoyed Everton’s 5-2 defeat and only a mere 4% appreciated the second goal they put away.

We’re forever pulling together random polls to gauge your opinion, if you’re not already following footyaccumulators, get to know them by clicking here @FootyAccums and never miss out again.