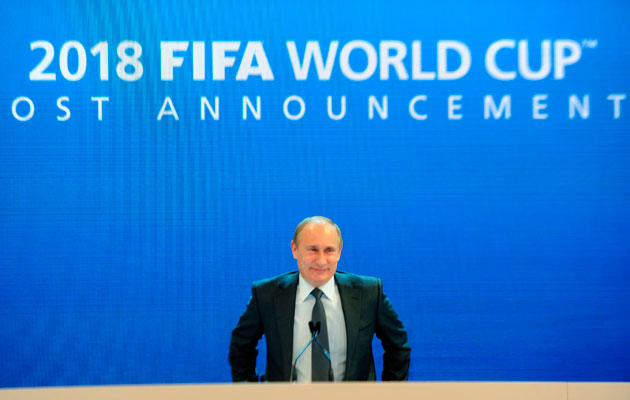 Anti-doping organisations have called for Russia to be banned from participating and hosting international sporting events, including the 2018 World Cup, until it can show is falls in line with World Anti-Doping Agency (WADA) code.

The call comes after the recently-released McLaren report showed the country had run a state-sponsored doping programme affecting more than 1,000 athletes between 2011 and 2015.

After a summit of anti-doping organisations in Dublin, US Anti-Doping Agency chief executive Travis Tygart said: “I think until Russia can show they are co-compliant [with WADA regulations], all competitions, and that would include it [the World Cup]… should be removed.”

Russia has already lost the right to host a World Cup biathlon event and the 2017 Bobsleigh and Skeleton World Championships.

The leaders of 19 anti-doping organisations have said it is “imperative that those responsible for Russia’s state-supported system are held accountable.”

Calls for Russia to be denied the right to host next year’s World Cup are likely to receive short shrift from Fifa.

Speaking last month, FIFA president Gianni Infantino said: “We will guarantee that the World Cup in Russia will be completely safe when it comes to anti-doping matters or when it comes to doping cases.”

Russia has denied allegations that there was a state-sponsored doping programme, butut in December, Anna Antseliovich, the acting director of Russia’s national anti-doping agency Rusada, told the New York Times: “It was an institutional conspiracy.”