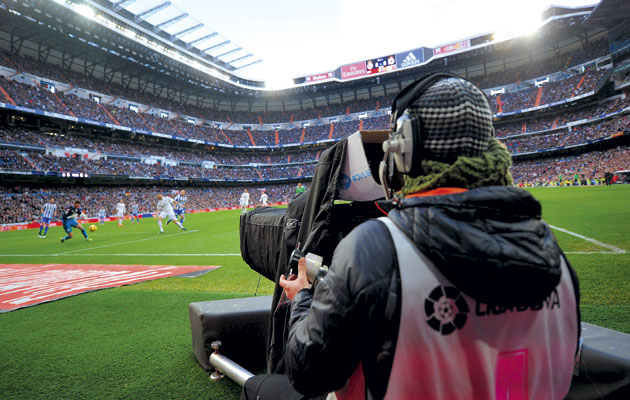 The VAR experiment is still in an experimental phase under the supervision of the law-making International Football Association Board. Controversy surrounding two interventions on the first mainstream ‘public’ outing at the FIFA Club World Cup in Japan last December.

German football has moved quickly on technological assistance for referees after being slow initially to appreciate the value of the introduction of goal-line systems four years ago.

Since last April the Deutsche Fußball Liga says it has been setting up the “technical and organisational prerequisites for the use of VARs and ready them for deployment.”

All Bundesliga referees have completed at least two levels of training and, in the third starting next month, they will have to prove themselves in pre-live tests.

These involve training matches at which particular focus will be placed on practicing the interaction between the referee, the VAR and the technology.

The IFAB has approved several different deployments of the technology. The DFL has chosen a “centre solution” by which all VARs for all matches will be assembled at a single location on matchdays.

The stadia will be linked to the VAR centr5 via a fibre-optic network, allowing live images of the games to be beamed direct to the VARs’ monitors.

The DFL has said this version “ensures that the VARs’ working conditions are of consistently high quality, taps personal and technical synergies, and allows a supervisor to monitor the VARs and help them make difficult decisions when needed.”

By contrast most other leagues will place the VAR in a van at the stadium.

Associations and leagues from 12 nations – also including the United States, Brazil, Holland and Italy – took part in the initial test phase. World federation FIFA hopes it will be possible to use VARs, along with goal-line technology, at the World Cup finals in Russia in 2018.

Further steps down the experimentational road are expected to be confirmed by the annual meeting of IFAB in London in early March.