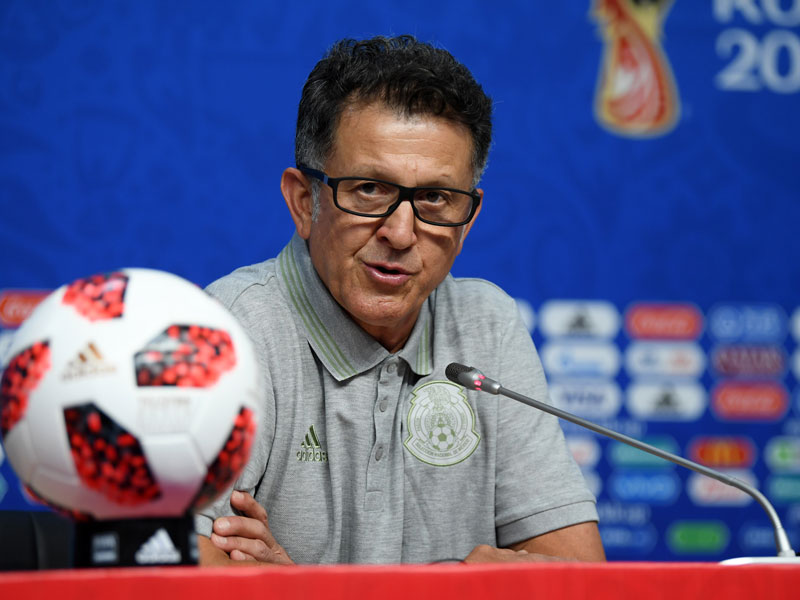 Some might look upon it as step down to leave the Mexican national team in order to take charge of Paraguay.

But Juan Carlos Osorio does not see it that way.

True, he might have been waiting for a vacancy with his native Colombia, only to grow impatient at the indecision surrounding Jose Pekerman, who left the job a few days ago.  This is a plausible scenario.  But the fact remains that the man who engineered Germany’s shock first defeat in the Russia World Cup is now behind Paraguay’s challenge to make it to Qatar.  He has traded a nation with a population in excess of 127 million for a relatively poor one with more than 120 million fewer people.

It is a bold move. But not an incomprehensible one. Because there is an obvious attraction. Paraguay is a place where Osorio could really make a difference. They failed to make it to the last two World Cups. But the potential is clear. Where Mexico constantly fret about the quest for the ‘fifth game,’ Paraguay reached that landmark in 2010, when they made their debut in the World Cup quarter finals – and probably gave Spain the toughest knock out match they experienced in all three of their consecutive tournament wins.

There is also an easily identifiable fit between Osorio’s thinking and the historic identity of the Paraguayan game. First, there is the legendary fighting spirit of the Paraguayans, who so often seem capable of forming teams which are greater than the sum of their parts. And there is also a style of play less dependent on traditional South American midfield elaboration, with more emphasis on hard running and aerial strength.

Paraguay, said Osorio in his opening press conference, “have been successful with direct football, and adding a couple of things to this we could have good results. I worked at Manchester City, and getting to know English football helped me understand that direct football has a number of advantages. So I haven’t come to change this.”

He has also done his homework. “Before accepting the proposal from the Paraguayan FA, we analysed the resources, the talent available, and we saw that there is a group of players under-25 who are good in the present with the promise of getting better in the future. If we complete the process [I.e. qualify for Qatar 2022] they will meet the challenge around the age of 28.

“Our analysis also concluded that there are very good players in the key positions. We have a defender with the quality of Junior Alonso, who is left footed and can play at centre or full back. We have Derlis Gonzalez and Cecilio Dominguez to play as wingers” – and rapid transitions to wide attackers is a key part of the Osorio method, and was, for example, instrumental in the World Cup victory over Germany.

“And I’ve seen Miguel Almiron in the USA.”

The Atlanta United attacking midfielder, full of pace and with a wonderful left foot, looks like being the stand out name in Paraguay’s future, and the chance to work with him could well have been one of the factors which enticed Osorio to his new job.

With no competitive matches until next June’s Copa America, the post-World Cup scenario for South American teams is still taking shape.  A number of teams still have caretaker coaches, or are moving uncertainly down a new path.  But Brazil appear to have their act together – looking for a more cautious approach from the full backs in order to balance out an attack minded midfield.  Chile are making steady progress as the methodical Reinaldo Rueda attempts to plot a course without all of the country’s great generation.  Peru are seeking consolidation while Venezuela build optimistically, incorporating members of last year’s fine Under-20 team into the senior ranks.

Paraguay were the only South American side not to see action in the recent FIFA dates.  They were too busy sorting out their coach.  But the mix of their traditional virtues with the lively mind of Juan Carlos Osorio seems sure to make them one of the most fascinating of the continent’s national teams in this next competitive cycle.