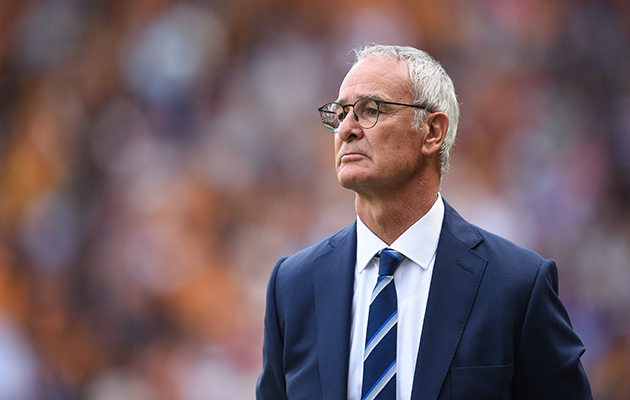 The champions have won two of their past 10 matches in the Premier League and are currently a point above the relegation zone. Leicester released a statement expressing their “unwavering support” for Ranieri ahead of the FA Cup replay with Derby County on Wednesday.

The club’s statement read: “In light of recent speculation, Leicester City would like to make absolutely clear its unwavering support for its manager, Claudio Ranieri. While there is a collective appreciation … that recent form needs to improve, the unprecedented success achieved in recent seasons has been based firmly on stability, togetherness and determination to overcome the greatest of challenges.”

Ranieri went on to insist that reports of division within the Leicester camp are without foundation.

In the wake of the club’s statement, Ranieri said: “Maybe the chairman wants to stop all the speculation.

“For me, it’s important to try to find the right solution for the players, that is it. When you don’t win you lack confidence, it’s normal, but fortunately these players are warriors. They are used to fighting. They already lived this situation. They’ve lived the good things, but also the bad. So I stay with the soldiers, with the warriors who know the problem, who know the enemy. It’s too easy to say we make mistakes and that is bad. Always the player is a man and I want to improve the man.”

Ranieri believes he still has the support of the dressing room and was unconcerned by comments made by Kasper Schmeichel after the 3-0 home defeat to Manchester United in which the goalkeeper said the problems ran from “top to bottom”.

Ranieri said the player had been trying to help the situation by taking collective responsibility for the club’s poor run of form.

“I love these players they gave me something special in my career, I thank them all my life for this,” he said. “I am in agreement with all my players. Kasper is one of my leaders and he wants to stimulate everyone, he wants to help me stimulate the team. We have leaders, they are speaking together trying to help the team support the team, the dressing room is fantastic.

Despie their erratic league form, Leicester are still in the FA Cup and in a fortnight’s time face Sevilla in the first leg of their Champions League Round of 16 tie.