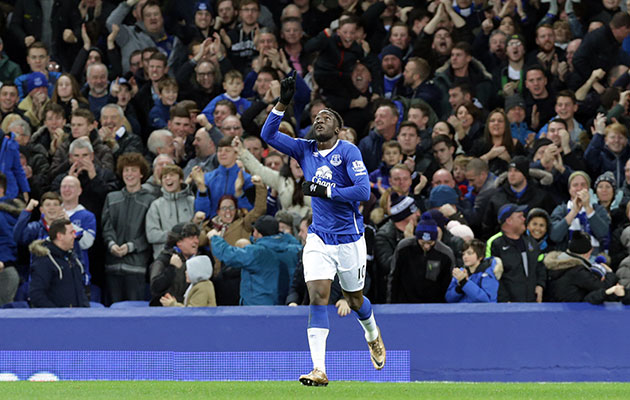 The agent of Romelu Lukaku gent says the Everton striker could move to one of either Juventus, Paris Saint-Germain or Real Madrid.

Mino Raiola has ramped up speculation about the future of the 22-year-old striker by naming the clubs interested in securing his services.

“Moving to Juve could be a great move but watch out for PSG and Real Madrid,” he said in an interview with Gazzetta dello Sport.

Lukaku is the Premier League’s third-highest goalscorer this season, with 18 in 29 appearances.

Earlier this week, Lukaku’s father, Roger, publicly stated his desire for his son to play for either Manchester United or Bayern Munich.

The Everton striker played down those comments, but did not rule out the possibility of him leaving the Merseyside club in the summer.

“Those are my dad’s point of view, I think they are the teams that he likes,” he said.

“It’s good. Of course it means that people are watching, but I have an agent who is dealing with this for me at the moment. I just want to be good, help my team-mates win games and score a lot of goals.”

When asked about his desire to play in the Champions League, Lukaku admitted that this would be the next logical step in his career progression.

“Yeah of course, that’s the next step for me,” he said. “I’m 23 next summer and I think it would be nice to play in the Champions League next season.”