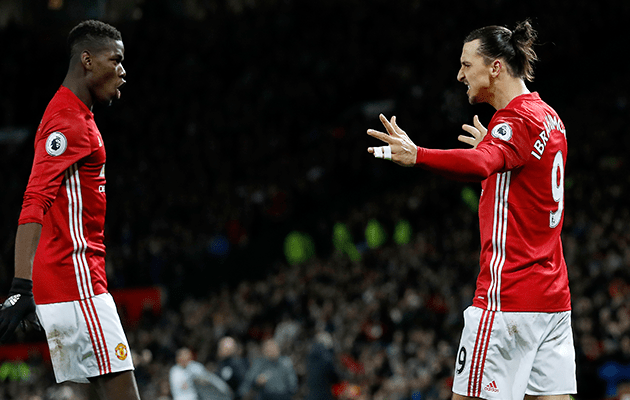 Manchester United are once again the world richest club, having topped the Deloitte Football Money League for the first time since 2005.

However, their reign at the top may well be shortlived as the pound’s recent fall against the euro means they will struggle to beat Barcelona and Real Madrid next year.

The 2017 Deloitte list ranks the world’s richest football teams by turnover during the 2015-16 season and this year’s top three of United, Barcelona and Real is the same as the first time the clubs were ranked back in 1997.

Real, who had topped the list in 2016 and for the ten years before that, were beaten to second place by their La Liga rivals by just €100,000.

In topping the list United have the first football team to earn more than £500 million in a season – the club’s total revenue of £515m is almost £50m more than Barcelona and Real generated. United’s record revenue sees them leapfrog the Spanish pair Barcelona (£463.8m) and Real Madrid (£463.8m), who sit second and third respectively.

The report’s author Tim Bridge told PA Sport: “You can’t really look past Manchester United returning to the top spot and it is because of their ability to make commercial deals that are way ahead of their peers.”

Dan Jones, partner in the Sports Business Group at Deloitte, said: “Manchester United have had to wait 11 years to regain their position as the world’s leading revenue-generating club and it has taken phenomenal commercial revenue growth to help them achieve this.

“In recent years, their ability to secure commercial partnerships with value in excess of that achievable by their peers has been the crucial factor in enabling the club to regain their place at the top of the Money League.

“That said, they’ll face strong competition from FC Barcelona and Real Madrid to retain the top spot in next year’s edition, due to the lack of Champions League football, the weakening of the pound against the Euro and, over the longer term, as other clubs enter the commercial market demanding similar deals, using United as the precedent.”

As well as improved commercial performance United’s 2015-16 earnings were boosted by a return to the Champions League, which meant more broadcasting and matchday revenue.

United were not the only Manchester club to enjoy record revenue as rivals City climbed to fifth in the money table.

The next three places are filled by Arsenal, Chelsea and Liverpool, all of whom new club records for revenue. Juventus heads the list of four Italian teams, in 10th place on €224.5m.

This year’s report sees eight English clubs in the top 20, matching a record achieved nine times before. Ghat number is expected to grow significantly next year when the impact of the new domestic TV deal is felt.