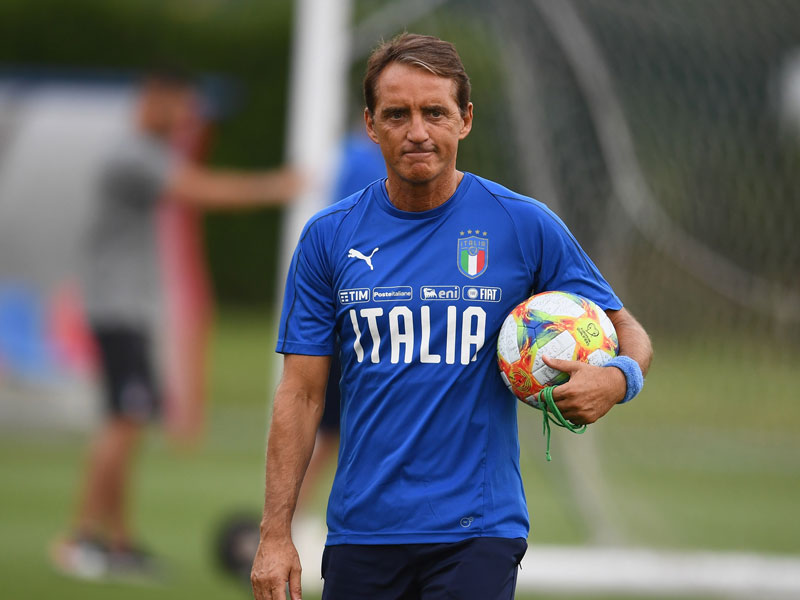 As many of you know, the opening game at the Euro2020 Finals next summer takes place at the Stadio Olimpico in Rome. More and more, too, it is looking as if Italy will be there to (literally) set the ball rolling.

That, at least, has to be the conclusion at the end of another highly successful Italian Euro2020 weekend, marked by wins against Armenia and Finland. With six straight wins and 18 points in their group, Italy now lead second placed Finland by six points, with Armenia third on nine.

Indeed, if Italy beat Greece in their next qualifier, at the Olimpico in Rome on October 12th, they will be mathematically sure of their place in the finals next summer since at that point, on 21 points, they could finish no worse than second in the group, regardless of all other results. On top of that, Italy still have three other qualifiers to play – away to Lichtenstein and Bosnia, and at home to Armenia in their last qualifier on November 18th. So, more points could be on the way.

You might argue that it hardly comes as a surprise to find Italy dominating a European Championship qualifying group which also includes Finland, Armenia, Bosnia, Greece and Lichtenstein, in that order. In normal times, you would expect Italy to convincingly stroll past all of the above.

These, though, as we have often pointed out, are not normal times. Coming in the wake of two poor World Cup finals showings in South Africa in 2010 and then in Brazil in 2014, Italy of course capped both those flops by failing to even qualify for the Russian World Cup last summer. Coach Roberto Mancini and his squad have had to come from a long way off the pace just to get back to somewhere near Italy’s habitual international standing.

On the basis of last weekend’s wins, Italy are on the right road but, obviously, they are not there yet. For example, they were clearly stronger than Finland in Tampere on Sunday night where a 59th minute goal from Lazio striker, Ciro Immobile, appeared to set them up for a comfortable win.

Yet, in the end, Italy won 2-1 thanks to a very “generous” 79th minute “handball” penalty awarded by Scottish referee Bobby Madden and converted by Chelsea’s Italo-Brazilian Jorghino. Seven minutes earlier, Finland had seemed to pull off an unlikely draw when redoubtable Norwich striker, Teemu Pukki, scored a 1-1 equaliser from the penalty spot. On that occasion, referee Madden’s call was clearly correct since Italian midfielder Stefano Sensi had clumsily tripped Pukki in the area.

However, that goal came against the run of a game which Italy had largely dominated and in which Bayer Leverkusen goalkeeper, Lukas Hradecky, had pulled off a series of good saves for Finland. Furthermore, the action leading to that equaliser penalty had started when Sensi, until then one of Italy’s best players on the night, had lost possession in a crucial midfield position. In short, a draw would have been a very flattering result for Finland…but, had it not been for Mr. Madden, a draw it might have been.

Likewise, one can only speculate how Italy’s 3-1 win away to Armenia last Thursday might have gone, had not another “generous” refereeing decision gone Italy’s way. That came seconds before halftime when, with the score on 1-1, German referee Daniel Siebert sent off Armenian striker Alexander Karapetyan for a rough tackle on Italian captain, Leonardo Bonucci.

The decision looked harsh in live action and it looked much worse on the subsequent slow motion replays. However, there is no VAR in European Championship games and the decision stood. That left little Armenia, currently ranked 101 in FIFA world rankings, to play the entire second half against Italy, a man down.

Until then, Armenia had given an excellent account of themselves, hitting Italy on the counter in the 11th minute to score the opening goal of the game through Karapetyan, the player later expelled. Italy’s equaliser, through the excellent Andrea Belotti, had come just minutes before Karapetyan’s sending-off.

Desplte their numerical disadvantage, plucky Armenia made a fight of it in the second half coming close to scoring a second goal before both Belotti and Roma midifelder Lorenzo Pellegrini wrapped it up with goals for Italy.

Obviously, Italian national teams are never at their fittest or sharpest in September, given the late start made by Serie A. Certainly, both Armenia and Finland looked fitter than Italy but that was to be expected.

Yet coach Mancini can take a number of positive points from these two games. Firstly, he confirmed his belief in two key strikers, Belotti and Immobile, who promptly rewarded him by re-finding their scoring touch in the national team (following a two year long drought in the case of Immobile). Secondly, the team’s response both to going a goal down to Armenia and to suffering a late (temporary) equaliser against Finland was very positive, reflecting both a growing sense of dressing-room self-belief and the impact of a year’s coaching from Mancini.

Thirdly, Mancini made five changes to his starting line-up from the Armenia game to the Finland game but still continued his winning way – Lazio’s Francesco Acerbi stepped in for AC Milan’s Alessio Romagnoli; Inter’s Stefano Sensi replaced the suspended Marco Verratti of PSG; Immobile took over from Belotti; Torino’s Armando Izzo picked up just his second cap when coming on at full back; Roma’s Lorenzo Pellegrini got the initial call in preference to Federico Bernardeschi in attack.

What is more, almost all of these calls worked. 23-year-old Sensi, despite his penalty concession, was one of the best players on the night whilst 23-year-old Pellegrini looks destined for a long career with Italy, given above all his ability to play in different right sided attacking and midfield positions. Furthermore, Acerbi, Izzo and Immobile all rose to the challenge.

Mancini can also reflect that you have to go back to 2003 to find the last time that an Italian team won seven games consecutively (a friendly win against the USA last November is the seventh of the series). On top of that, no Italian team has ever made a more positive World Cup or European qualifying group start.

All in all, things are looking good. Not for nothing, Mancini would dearly love to maintain the momentum, wrapping up the qualification next month in Rome:

“I hope the Olympic stadium will be full, not because this is my team but because it is every Italian’s team. We will try to play good football to make them all happy…It would be great to see everyone in Rome, just like the good old days of Italia’90…when we were all younger…”, he told reporters after the win against Finland.

At Italia’90 (the 1990 World Cup finals in Italy), of course, the catchphrase was “Notti Magiche, Magic Nights Under an Italian Sky”. These may be early days, right now, but the impression is that Mancini’s Italy will be more than up to the task of representing the nation next summer, with style and dignity. In short, win or lose, a “bella figura” seems guaranteed.