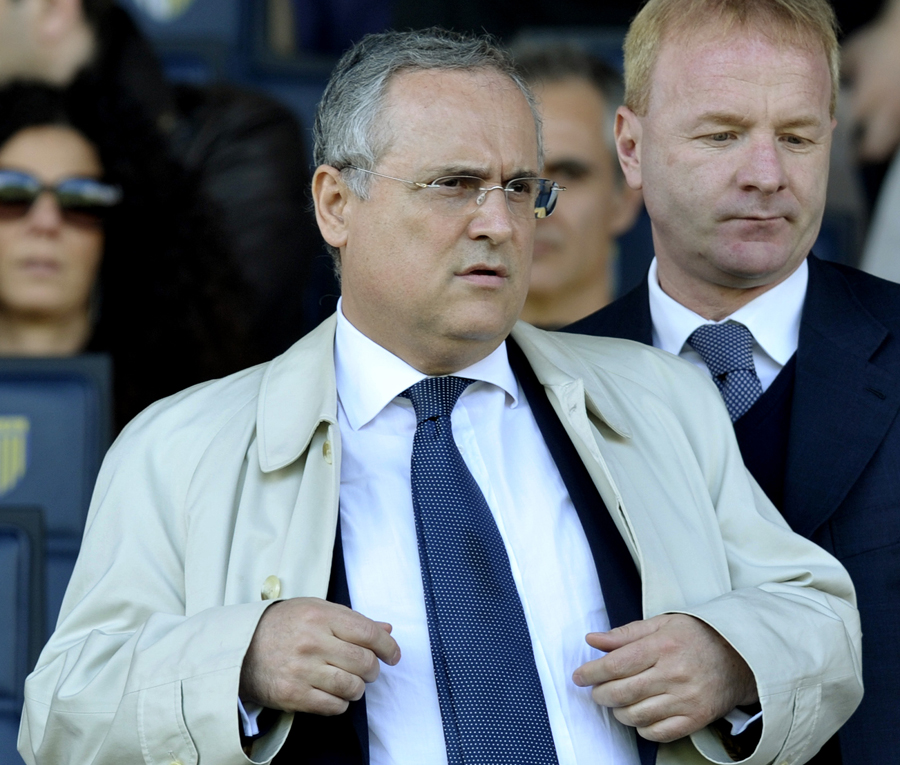 It just had to happen. Four days after Lazio boss and Football Federation official Claudio Lotito was reported to have said that small provincial clubs “aren’t worth a damn”, three of those same provincial clubs stopped three Serie A giants in their tracks on Sunday.
Little Cesena held league leaders Juventus to a 2-2 draw on Sunday night whilst earlier in the day second placed Roma had drawn 0-0 with bottom of table Parma and the once mighty Milan struggled to a 1-1 draw with Empoli.
Not that these results are likely to change Claudio Lotito’s clientelist, TV rights oriented view of Italian football. Last week, he prompted the father and mother of a row when, in a taped conversation with the director general of Lega Pro C side, Ischia, he suggested that Serie A promotion contenders such as Carpi and Frosinone “aren’t worth a damn”.
Lotito went on to imply that if such sides were to be promoted to Serie A, they would merely devalue the division since Serie A TV rights would be worth less with such internationally unknown clubs also in the package. Furthermore, he assured Ischia’s Pino Iodice that the Presidents of Serie A (Maurizio Beretta) and of the Lega Pro (Mario Macalli) “count for nothing, they decide nothing”.
The implication of the godfather-style tones adopted by Lotito was that he is one of a small number of powerful figures in the Football Federation – Milan’s Adriano Galliani and Genoa’s Enrico Preziosi are two others – who decide everything. What is more, this little group of club bosses reportedly exercises plenty of influence over Federation president Carlo Tavecchio, (he of the “bananas” remark) elected last year thanks to their campaigning.
So much then for sporting merits when it comes to Serie A promotion? One suspects that after this little overheard conversation, lots of Italian fans will be vigorously supporting Carpi, hoping that, against all the odds, they can make to Serie A. For the record, Carpi are currently top of Serie B, six points clear of second place Bologna.
For the record, too, Giovanni Malago, head of CONI, the ruling body of Italian sport, produced the quote of the season this week, when saying: “Remarks like those [of Lotito] risk throwing discredit on the world of football.”
Given the last 30 years of Italian football – Rossi match-fixing, Juventus dope trial, Calciopoli, racist fan violence – the “credit rating” of Italian football would seem to be already thoroughly compromised.
In the meantime, a majority of Lotito’s fellow Serie A bosses have been silent on the issue. Some, such as Luca Campedelli of Chievo and Maurizio Zamparini of Palermo, have criticised Iodice for recording and then making public the phone call. Zamparini even told Gazzetta Dello Sport: “I have nothing to say about what was said. What worries me is the loss of values. A private phone call is recorded and then published… that’s the most serious thing.”
With club owners like that, Italian football is clearly in good hands and on the way to a radical renewal.

2) Dybala set to produce another payday for Palermo 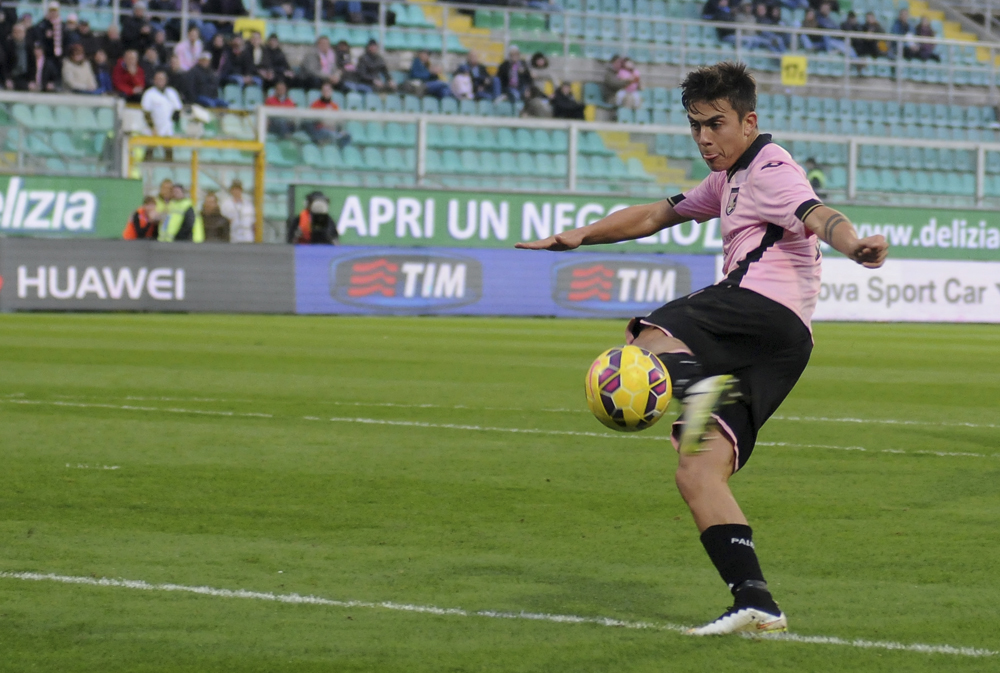 Many of you will have probably picked up on him already but, in case you have missed him, keep an eye out for 21-year-old Palermo and Argentina youth team player, Paulo Dybala. During Palermo’s surprise 3-1 drubbing of Napoli last Saturday night, Dybala produced the sort of performance which explains just why observers are predicting a huge future for him.
Apparently one of Dybala’s childhood idols was the great Argentinian playmaker Juan Riquelme. It may seem premature but there are plenty of reasons to suggest that this lad will prove to be a player of the same stature and one, what is more, who clearly has a deal more pace than Riquelme ever had.
Against Napoli last weekend, Dybala gave the Napoli central defence of Uruguyan Miguel Britos and former Real Madrid player Raul Albiol a torrid time, playing a pivotal role in setting up goals for compatriot Franco Vazquez (also looking very good) and Luca Rigoni. Mobile, beautifully balanced, Dybala appears to have everything. He reads the game well, passes well and is not frightened to take on his defender.
When Palermo bought him in the summer of 2012, he reportedly cost €12 million euro so if and when he moves on from the Sicilian club, as seems likely sooner or later, then his asking price is sure to be hefty. Is this another Latin American to follow in the “Palermo” footsteps of such as Uruguayan Edison Cavani and Argentinian Javier Pastore?
Watch this space…