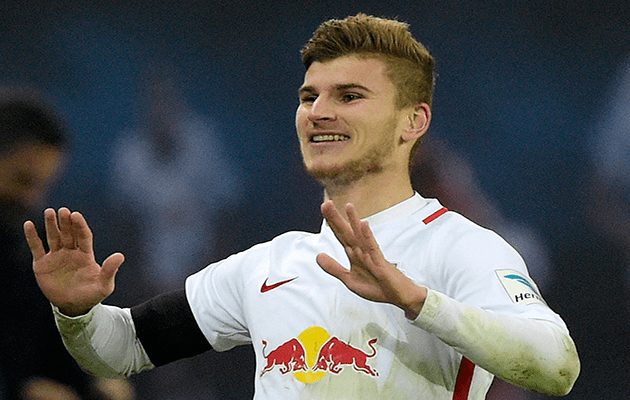 But by no stretch of the imagination was it a victory for sportsmanship. TV replays appeared to show RB striker, Timo Werner, taking a first-minute dive to earn his team a penalty-kick opener – which he duly converted – and needless to say, Schalke will not be sending him any Yuletide best wishes.

“Werner said (at the time) that I didn’t touch him, ” stormed Royal Blue keeper, Ralf Fährmann. “It makes you sick. I’m sorry to get nasty about this, but it’s an emotional sport and this sort of thing shouldn’t happen.”

Werner later apologised for his dramatics, though insisted he had been illicitly up-ended, that a nudge from visiting centre-back Naldo had caused him to lose his balance. Naldo’s response to the accusation? A Fair Play thumbs-up logo on his Instagram account, accompanied by the snappy punchline line: “Foul ???? That’s a joke.”

German referees probably are the best in Europe at publicly explaining their decisions and it was good to see Bastian Dankert have the class and the honesty to admit he had been taken in by Werner. Shame the latter could not have followed the example of ex-Nationalmannschaft goalgetter, Miroslav Klose, who back in 2005 while playing for Bremen against Bielefeld, refused to accept what he thought was an unjust penalty award.

2. Three wheels on their ‘Wagen’
Champions League quarter-finalists only last spring, relegation-threatened Wolfsburg have much in common with a potholer. Just when you think the VW-backed club have plumbed the depths, they promptly find a deeper underground cave to crawl in.

Beaten 3-2 at home on Saturday by Pal Dardai’s ever-improving Hertha Berlin, the Wolves have only won twice all season and incredibly have yet to treat their own fans to a Bundesliga victory. For all their big-name players – among them Mario Gomez, Julian Draxler and Ricardo Rodriguez – nothing is hanging together collectively and since taking over from the sacked Dieter Hecking in mid-October, new coach, Valerien Ismael, has found the going as tough as his predecesor, picking up just four points from six games.

Indeed, the mood at the club is so gloomy that even chief executive, Klaus Allofs, one of the top administrators in the German game, is rumoured to have the lost the confidence of certain key figures in the Volkswagen boardroom.

Their profits hit by the diesel emission scandal of last year, VW might be tempted to downsize their football operation, cutting the club’s budget by 20-30 per cent (the equivalent of 20-30 million euros) and transforming the ethos from big-buck signings to youth development. 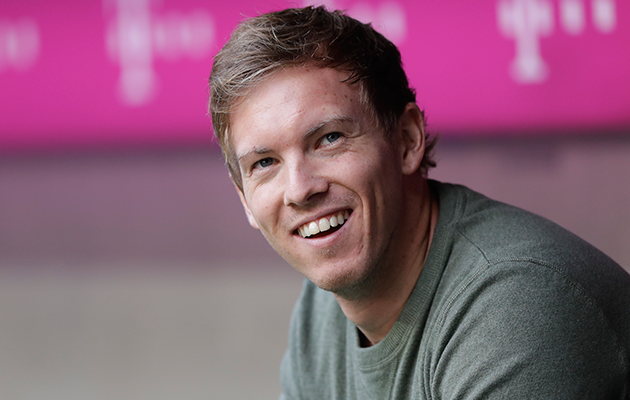 Julian Nagelsmann has taken Hoffenheim into the Champions league places.

With such Bundesliga heavyweights as Wolfsburg, Leverkusen and Gladbach floundering, the upper reaches of the table currently has a fresh new look and no outfit is doing a better job of breaking the mould than Hoffenheim, who have yet to taste defeat in the league this season and following 4-0 home victory over Köln, now sit proudly in a Champions League qualifying spot.

Finding fault with the ‘Kraichgauer‘ Class of 2016-17 is no easy task. All the required elements for success very much are in place. The brilliant in-game coaching of 29-year-old wunderkind, Julian Nagelsmann; the attention to detail with which they approach every game, the desire and solidarity within the squad and their seemingly inexhaustible supply of outstanding young players.

The latest example? German-Afghan attacking midfielder, Nadiem Amiri, so impressive against Köln with his poise, creativity and work-ethic.

“Sometimes he tries to do too much,” commented Nagelsmann afterwards. “Today, though, he got the balance right between the emotion he brings to the game and his tactical discipline and composure.”

4. Belatedly off and running
After so many weeks of losing their bearings, their heart and their pride, Hamburg finally have what has eluded them since the start of the season – a top-flight victory. HSV’s 2-0 win at fellow strugglers Darmstadt on Sunday might have owed more to fighting sprit and energy than refined play. But at least Markus Gisdol’s side have buried the winless jinx, a depressing spiral of mediocrity which turned experienced pros into nervy novices.

An essential part of Hamburg’s survival plans will be Austrian front-man, Michael Gregoritsch. He opened the scoring at Darmstadt with a bullet of a diving header and has scored three in the last two games. The 22-year-old, bought last year from German second division club Bochum, can also put in a shift as playmaker or on the left-side, but is at his most effective when leading the line. 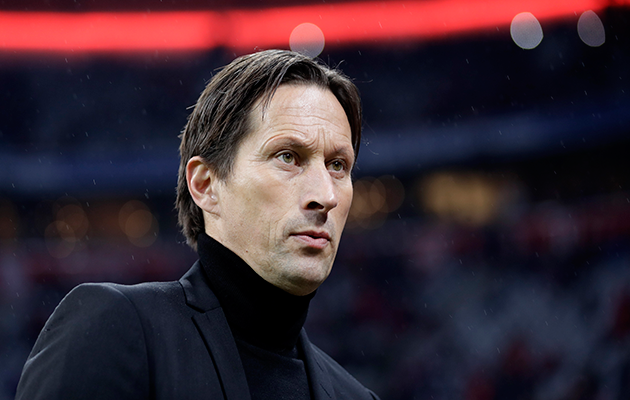 Bayer Leverkusen boss, Roger Schmidt, must, as a matter of urgency, find an answer to his team’s penalty-taking woes.

The late, late spot-kick missed by Mexican striker, Chicharito, in the 1-1 draw at the BayArena against Freiburg was the fourth time the Werkself have failed from eleven metres in the domestic league this term – the guilty men being Chicharito (2), Charles Aranguiz and Hakan Calhanoglu – and if you add the three which went begging in their shock penalty-shoot-out loss to Lotte in the German Cup October, that’s some sequence of inaccuracy.

On the Bundesliga front they have flushed away six points and in a disappointing domestic season thus far, those wasted opportunities could have made an awful lot of difference.

“Some of us have been anxious, including me,” said Calhanoglu. “We do have some very good shooters. If we hammer the ball low and hard into the corners, the keeper should have no chance.”