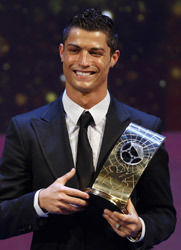 Click here for the full FA Cup sixth round matches and all the best outright tournament betting.

Reports from Spain in recent weeks have suggested that not only finances are in place – but a pre-contract is agreed.

When asked about the player, Boluda replied: “I am convinced we will see him at the Bernabeu.”

Boluda, who took over when Ramon Calderon was forced to step down last month, will not be standing for election in the summer. However, he admits he is hoping the presidential candidates may allow him to extend the deal of coach Juande Ramos.

The former Spurs manager took charge in December after Bernd Schuster departed the club and he has impressed during his time at the club.

“I want the candidates to allow me to renew the deal of Juande,” he said,

“He is a great coach and I will authorise his stay, if I can – I would love him to continue.”

“He wanted to retire, and I believe that position in the organisation was not necessary and it was a good opportunity for the club to save money as he waived his 50 per cent compensation available to him,” he said.

But he was dismissed reports claiming sporting director Pedrag Mijatovic would be next out of the exit door.

“I count on him, he used to play here in Madrid, was a champion, and knows more about football than anyone – he helps the dressing room,” he said.

“He is a person who brings stability to the club.”

Click here for the full FA Cup sixth round matches and all the best outright tournament betting.