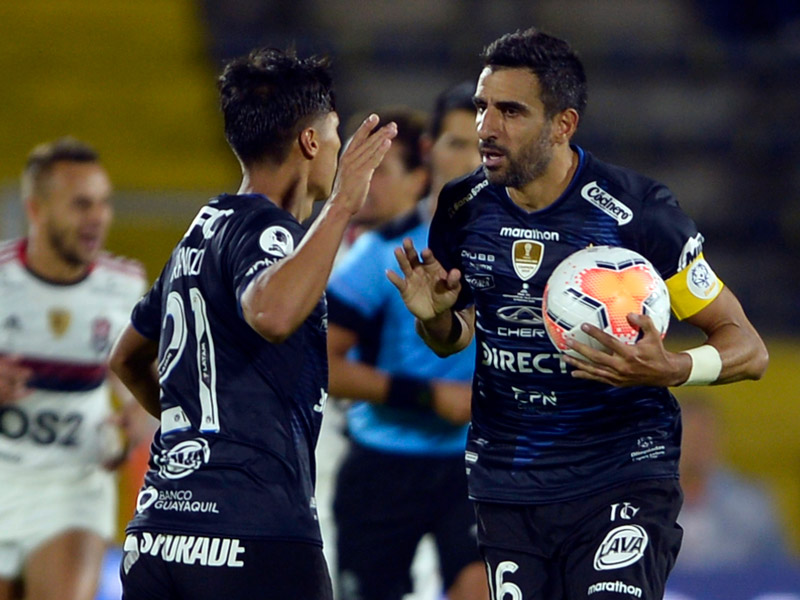 There is no doubt about the first two. Brazil and Argentina are dominant. Their monopoly of international titles is rarely broken. The last time another country provided the continent’s champion was 2016, when Atletico Nacional of Colombia won the Copa Libertadores. The previous year, Independiente Santa Fe from the same country won the Copa Sudamericana, the Europa League equivalent.

So the third force is Colombia, with the largest population outside Brazil and its variety of urban centres? Maybe not.

Over the last five years, Colombia have managed to qualify just four teams from the group stages of the Libertadores, and only one in the last three campaigns. Two countries have done better.

One is Ecuador, with six qualifiers in the Libertadores plus the reigning champions of the Sudamericana in the extraordinary Independiente del Valle. This little team, which specialise in youth development, have been punching absurdly above their weight in the last few years, going down to narrow defeat in the 2016 Libertadores final. And there are other success stories. Liga of Quito, or LDU, are consistent performers, reaching last year’s quarter finals. Barcelona of Guayaquil, without the benefit of altitude, are also a frequent threat, reaching the 2017 semi finals, where they beat eventual champions Gremio away from home.

Perhaps even more extraordinary is Paraguay, a relatively poor nation with a population of around 7 million. The country has not produced a continental finalist since Nacional lost to San Lorenzo in the 2014 Libertadores. But season after season their teams are always competitive. In the last five Libertadores campaigns, Paraguay is the only country outside the big two to provide at least one team in the last 16 every year. Indeed, in both 2018 and 19 all the Paraguayan sides who went into the group phase came out successfully the other side.

The trend has already been in evidence this year. In their first qualifying round, Guarani eliminated Corinthians of Brazil – at best the fourth biggest team in Paraguay getting the better of the biggest club in the continent’s biggest city. And Guarani now have a foot in the group phase. In last week’s first leg of the last qualifying round they won 1-0 away to Palestino of Chile – the country, incidentally, which should surely be most disappointed with its recent record in continental competition.

Cerro Porteno, desperate to win the trophy at their 41st attempt, find themselves 1-0 down after their first leg match – away to Barcelona of Ecuador. They went down to a stunning free kick from Fidel Martinez, and were not able to grab an important away goal. The teams meet again in Asuncion on Wednesday, and the stakes will be high.

The winner goes into one of the most glamorous groups in this year’s Libertadores, joining reigning champions Flamengo, Sudamericana holders Independiente del Valle and Junior of Barranquilla, the outstanding Colombian side of the last few years. The best the loser can hope for is a consolation slot in the Sudamericana. It is Cerro Porteno against Barcelona, but it is also Paraguay against Ecuador – a fresh skirmish in the unofficial battle to determine the third strongest league in South America.