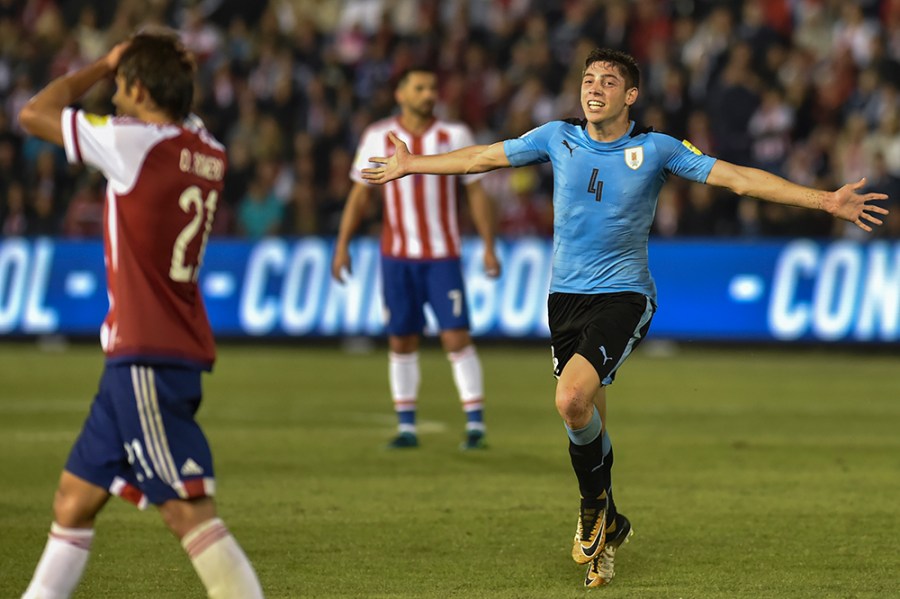 Both Brazil and Argentina were hoping that last Friday’s World Cup draw would put them in Group B.  From a logistical point of view, it would have been the best bet; not a great deal of travelling during the group phase, and, for the group winner, an entire knock out campaign restricted to Moscow and Sochi – perfect for teams who aim to be based in Sochi (Brazil) and just outside Moscow (Argentina).

They did not get their wish. Argentina emphatically did not get their wish. Coach Jorge Sampaoli had said that as far as he was concerned the strength of the group opponents was more important than the location of the games – he has reason to rue a contest with Iceland, Croatia and Nigeria, plus a crossover with France’s group in the second round.  Brazil (Switzerland, Costa Rica and Serbia) have done a bit better, though they intriguingly have a crossover with Germany’s group.

Colombia have been drawn into what would appear to be one of the most balanced groups in the tournament, facing Japan, Poland and Senegal. Peru, back in the competition for the first time since 1982, have also not been given an easy ride. They face Denmark, France and then Australia, in a draw which has not favoured them either with the identity of their opponents or with the order of the games.

The South American side who appear to have been handed the best draw is Uruguay. True, they have to go all the way out east to Yekatarinburg for their first match. But the Uruguayans are one of those teams who decided to wait until the draw to make a choice of base camp, and so they have not locked themselves into a logistical nightmare. And a group that pits them against Egypt, Saudi Arabia and Russia offers them a genuine chance of advancing to the knock out stages. A nation which, just a few months ago, was fretting about its chances of making it to Russia can now be allowed to dream of making an impact on a World Cup in Europe.

Uruguay’s first ever World Cup defeat came in Switzerland, in the semi-finals of the 1954 tournament against the great Hungarians – the first issue of World Soccer magazine in 1960 proclaimed this now forgotten gem as the greatest game ever played.

Since then Uruguay have done very little in European World Cups. They failed to qualify in 1958, and for three of the last four tournaments held in the continent. Their last European World Cup was Italia 90, when they fell tamely to the hosts in the second round.

And they seemed in the process of falling tamely short of the line in the 2018 qualifiers. After starting well, Uruguay hit a wall. Three times in a row they were beaten after having taken the lead. A side whose method of play depended on defensive solidity were becoming too easy to beat. The friendlies last June offered no comfort. Uruguay were beaten 3-1 by Ireland and 3-0 by Italy. Too many goals were being conceded.

Their next qualifier was at home to Argentina, who were full of problems of their own. Uruguay, though, chose not to try to take advantage. They were primarily concerned with steadying the ship, in ensuring they did not conceded. The goalless draw was all but unwatchable. But it stopped the rot, gained them a valuable point and gave them confidence to attempt something bolder.

And in the subsequent three qualifiers plus two recent friendlies, Uruguay have been unrecognisable.  The overall idea of the team has been radically different.

Back in 2006, when Oscar Washington Tabarez took over as coach, he had a number of fixed ideas.  One was that all of Uruguay’s sides, at all levels, would base their game on a 4-3-3 formation.  It was, said the coach, part of the side’s historical identity – and it lasted all of one competitive game.

In the opener of the 2007 Copa America Uruguay went down 3-0 to Peru. “Reality was too strong for us,” said Tabarez. His side had been too open.  It would not happen again. Thereafter Uruguay fought from a bunker, happy to let the opposition have possession, covering up and waiting for the moment to strike.

Another fixed idea of Tabarez proved much more durable – that the Under-20 side needed to be used as the production line for the senior team. In a contemporary globalised environment, domestic Uruguayan football wound never be able to compete. The future of the national team lay in early identification of talents good enough, and quick enough (in terms of speed, thought and technical execution) to shine in global football, and their development though the youth ranks.

In recent years Uruguay have been able to punch so consistently above their weight based on producing and promoting members of their highly successful Under-20 sides. And now two midfield graduates of this year’s Under-20s have transformed the idea of the side.

Federico Valverde (La Coruna, on loan from Real Madrid) and Rodrigo Bentancur (Juventus) have come into the side and brought with them a capacity to hold possession, to protect the defence and link up with the attack, that has made Uruguay much easier on the eye – and which has also, especially in the light of Friday’s draw – transformed them into a team capable of springing a surprise in Russia. Suddenly, Uruguayan fans can look forward to their best World Cup in Europe for decades.