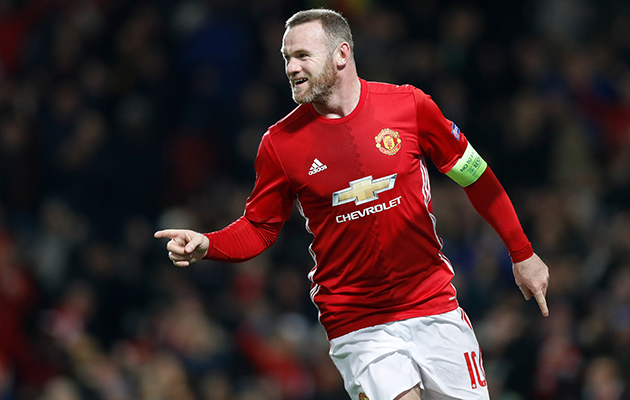 Wayne Rooney hit back at his critics after scoring for Manchester United in their 4-0 Europa League victory over Feyenoord.

Rooney’s goal was his 39th in European competition and broke the club’s individual scoring record in Europe. It also moved the 31-year-old to within one of Sir Bobby Charlton’s all-time goalscoring record for United of 249.

Speaking after the game, Rooney attacked the media for their handling of his behaviour when on England duty.

The United captain denied attending a wedding at the team’s Grove Hotel when he was photographed out late the night after victory in a World Cup qualifier over Scotland.

“All that is created by people like yourself asking questions now, people in the media making a big deal over nothing,” he told BT Sport’s Des Kelly. “I actually did not step foot into the wedding and I think it is a shame I am having to talk about it now after such a great victory.”

Rooney’s display against the Dutch side, during which he set up Juan Mata for United’s second goal, was his best  of what has been a disjointed season.

“It is a great feeling to score goals and to score goals for this club. I am pleased and I am sure there is plenty more to come. I am happy with the win first of all, but also the goal,” he added.

“When you make history it’s beautiful and they’re beautiful details in your career,” he said. “For Wayne it’s fantastic. More important than that is three points and the performance. It’s an amazing achievement obviously [Rooney’s]. It will be even better if it helps us bring to this club the only trophy they have never won. It’s not the biggest competition, so let’s try, let’s push.”

United need to draw against Zorya in Odessa in a fortnight’s time to qualify for the knockout stages.

“It’s always difficult [to win the Europa League], but let’s try and qualify. If we qualify in Ukraine there will be more matches to come and more goals for Rooney to score. His performance was like the team, as good, as solid,” Mourinho said. “The team was very positive and Wayne was very positive. As always we played with a lot of people in attacking positions and the team played very well.”