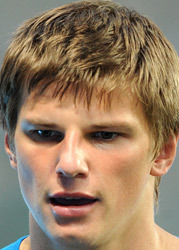 The signing of the Russian was confirmed late on Tuesday afternoon, almost 24 hours after the transfer deadline, amid reports that the deal had been given special dispensation because the paperwork had not arrived before Monday’s 5pm deadline.

“Andrei Arshavin is a player I have admired for a long time,” said the Arsenal manager. “He is a versatile player with great experience, who will add real quality to our squad.

“Andrei is an exciting impact player with a huge amount of ability and has been an influential force with both Zenit St Petersburg and the Russian national team in recent seasons.”

Arshavin will be cup-tied for the Champions League, but has vowed to help the club end their trophy drought after completing his “dream” move to Emirates Stadium.

“Arsenal are one of the leading football clubs in the world, with a group of fantastic young players and a great manager,” said Arshavin.

“I am looking forward to making the Arsenal supporters happy and helping this great club win trophies. I am happy to be an Arsenal player, it was my dream.”

The Russian, who came to prominence at Euro 2008, admitted that the prospect of playing under Wenger influenced his decision.

“I moved because I like the Arsenal style, Wenger as a coach and I like some of their players,” Arshavin said.

“Every time I talked to Arsene Wenger, he said: ‘I want you to come to Arsenal’. He had confidence in me.”

Arshavin admitted he was glad such a drawn-out transfer had finally been completed.

“It was a very hard few days for me, but now it doesn’t matter because I am a Gunner. It is great,” he added.

“Andrei was identified by Arsene as a quality creative player that would add something special to this youthful but talented squad,” Gazidis said.

“The board has always backed the manager with his transfer targets and we are delighted to welcome Andrei to the club where he will help us to challenge for honours this season.”