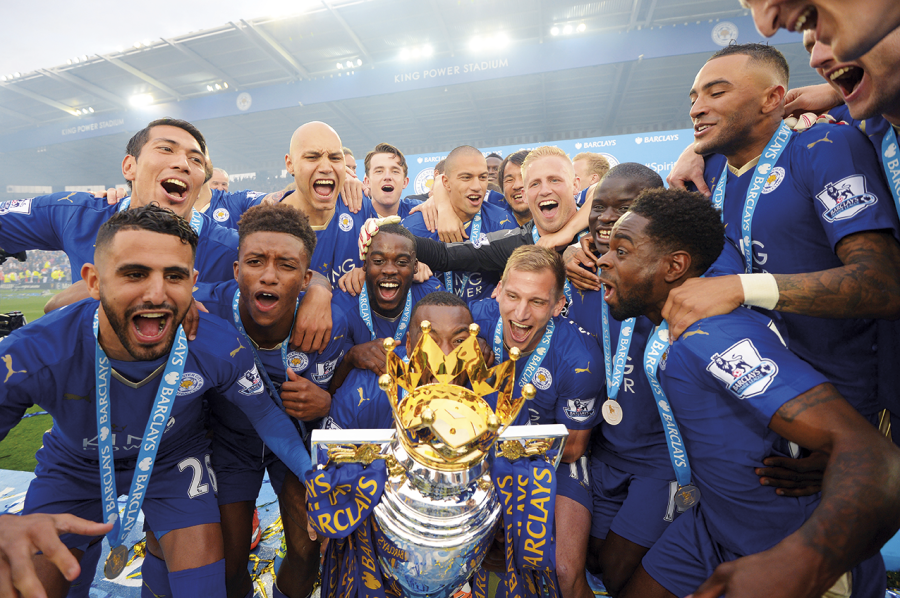 In May 2, 2009, Leicester City played Crewe Alexandra on the final day of the League One season in front of a crowd of 6,982 at Gresty Road. They were promoted to the Championship as champions.

Seven years later, they celebrated winning a first-ever Premier League title following an extraordinary campaign where everything fell into place, to the delight of neutrals everywhere.

Leicester are the first English champions to win World Soccer’s World Team of the Year award since Manchester United in 1999 and only the third to win the accolade, along with Everton in 1985.

A perfect storm of factors combined to deliver the title to Leicester. Claudio Ranieri’s tactics – “Italian defence, England attack” as he called them – made perfect use of the players at his disposal.

While their closest rivals struggled to combine European campaigns with consistent domestic form, Leicester had no European distractions and few injuries to derail their challenge.

A squad that had been tipped for relegation contained players with much to prove after failure and rejection at previous clubs – the likes of Danny Drinkwater, Kasper Schmeichel, Wes Morgan, Robert Huth, as well as relative unknowns picked up by clever scouting, such as Riyad Mahrez, N’Golo Kante and Jamie Vardy.

While the “fairy tale” aspect of their triumph has been celebrated by many, it is worth remembering that the club’s Thai owners have provided substantial financial backing since taking charge in 2010.

More than £100million was spent to get City into the Premier League, and there was a net spend of £34m on players during the title-winning season.

Further funds brought in Islam Slimani and Ahmed Musa during the summer, and City outshone Tottenham Hotspur, Arsenal and Manchester City to comfortably qualify for the knockout stage of this season’s Champions League.

While Ranieri’s men have taken to the European challenge with aplomb, lightning is unlikely to strike twice at home, with City dropping to 14th place in the Premier League by mid-November.