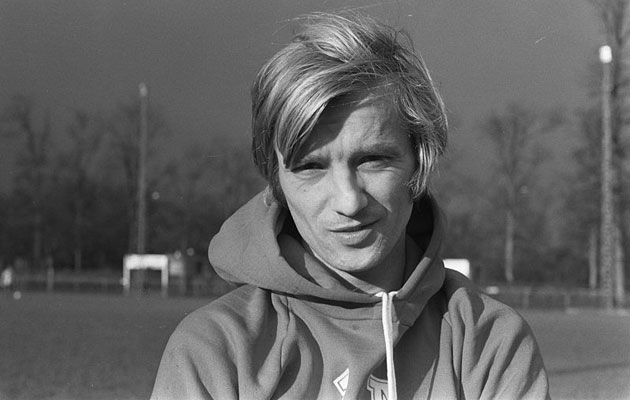 Hungary in 1968 was a different nation to the one that had witnessed bloody Revolution twelve years earlier. Budapest was now a capital city at the hub of a new political era; one of so called ‘Goulash Communism’. A freedom to speak, write and travel was now greater than it had ever been on the banks of the Danube. Despite the deep ideological dogma found in nearby USSR, in Hungary the latitude for dissent and free speech had never been greater.

Ferencvaros by this time were one of European Football’s top football sides – a side continuing on the great tradition of the magical Magyars.  Internationally players from Fradi contributed greatly to the Hungarian side that played so admirably in the European Championships tournament of 1964.  Winning the Hungarian domestic championship four times and the Inter City Fairs Cup in 1965 only a solitary goal from Mick Jones of Leeds United prevented the Hungarians winning the trophy again in 1968. The 1965 Fairs Cup final had been won against Juventus in the Italians very own backyard – the Stadio Communale in Turin.  A one off tie was decided thanks to a single goal from Mate Fenyvesi and Hungary had its first ever European trophy.

Despite the political turmoil that had engulfed Hungary for decades and the large number of players who refused to return, this was a nation highly accustomed to footballing success. Beaten World Cup finalists in 1954 the next generation of players were only that little bit less successful.  Olympic Gold medalists in 1964 and Jules Rimet quarter finalists in England, English grounds in the summer of 1966 had been spellbound by the skills of the likes of Janos Farkas, Ferenc Bene and the man Kenneth Wolstenholme called a ‘charmer’ – Florian Albert.

Another footballer who had been involved in the 1965 Fairs Cup win over Juventus was the midfielder Zoltán Varga.  Born in Val on the banks of the Danube, Varga was part of the ‘golden continuation’ of Hungarian footballers; those that followed on from Czibor, Puskas and Hidegkuti. Alongside footballers from the likes of Vasas and Ujpest Dozsa, Varga had been part of the Hungarian national squad at the World Cup in England. Despite being only 21 and overshadowed on the field by the great Ferenc Bene, Varga received a gold medal for being a squad member of the side that won gold at the Tokyo Olympics and a bronze medal for finishing third at the 1964 European Championships.

Even by late 1968 ‘Fradi’ were still ranked amongst the elite of European club football.  Not long before heading off to defend the Olympic Gold at the 1968 Mexico games, the Budapest side had again won through to the Inter Cities Fairs Cup Final where they played Leeds United. On the 11th of September, 1968, Zoltan Varga played one of his last ever matches for Ferencvaros in the 0-0 draw second leg against Revie’s side, a game that secured a 1-0 aggregate win for the Elland Road outfit. One month later, Varga was due to be on a plane bound for the 1968 Olympic Games in Mexico where Hungary were scheduled to play Israel, Ghana and El Salvador in Guadalajara.  But for many the Olympic event was more than an opportunity to be involved in competition; it was the chance to escape a Hungary still shackled by ideological oppression from nearby USSR and financial limitations.  Along with seven others, Varga defected to nearby Germany.

Defection from sporting duty was nothing new to Hungarian stars.  In 1956 Hungary, a total of 83 athletes flew to Melbourne just as the sound of gunfire was crackling in the streets of Budapest against Soviet rule.  By the time the games had ended the Hungarians had withdrawn from the football tournament and the Soviets had crushed the revolt.  Only 38 Hungarian athletes turned up for the trip home.  Things were slightly better in 1964 just as the Soviet doctrine was loosening and only two athletes disappeared – a swimmer and a marksman.  But this in itself was some indication that Hungarian national allegiance was not what it should have been despite the finer cultural tastes of Goulash Communism.

After defecting Varga joined Standard Liege but never played a game for the Belgians. Instead he adventured to the German capital where he would play in another divided city but on the free side of the wall for Hertha in the Bundesliga. While at Hertha his skills came to the fore. Technically astute and fast, he helped Hertha to third-place finishes in the Bundesliga in both 1970 and 1971 before becoming implicated in one of the biggest match-fixing scandals in German football history. When the investigations into match fixing ended it was found that more than fifty players from six clubs (Hertha, VfB Stuttgart, Schalke 04, Arminia Bielefeld, Duisburg and Eintracht Braunschweig), as well as two coaches and a Hertha club official, were guilty of match fixing.  Alongside seventeen of his Hertha teammates Zoltan Varga was amongst those banned from German football by the DFB in what become known as one of the worst ‘Bundesligaskandels’ of all time.

But Varga had a naturally gifted talent that would have been wasted in the football exile.  After defecting from communist Hungary here was a player that deserved the freedom of a football pitch to play on.  In the autumn of 1972 he ended up at Aberdeen, then under Jimmy Bonthrone, for the then princely sum of £40,000 after the Scottish club were tipped off about his availability.   Varga made only 31 appearances for the Dons in an otherwise largely poor 1972-73 season, but the ten goals he scored and the manner in which he lit up Scottish grounds with his refined skill are remembered fondly.  His free spirited performance in an October 1972 match against Celtic is chiefly remembered for two goals.  Despite a crucial winning goal from a young Dalglish, a swerving 20 yard volley and a lob from Varga brought the 30,000 watching at Pittodrie to their feet.

Such was Hungarian’s talent he did not last long in his exile in the north east of Scotland with Ajax matching Aberdeen’s valuation of the player to bring him to Amsterdam.  After Ajax he adventured back to Germany thanks to the DFB offering pardons to many of those implicated in the match fixing scandal.   At Borussia Dortmund he replicated his Aberdeen form with a side who were then in the 2.Bundesliga scoring 10 goals in 52 games, before heading for a spell at FC Augsburg. He retired from playing football in 1978 no longer wanted at his last club Gent.

In an era long before player power and Bosman freedom’s became the norm Varga was ahead of his time in seeking freedom for his talents despite the political and ideological shackles he encountered in his homeland and the misfortune of becoming implicated in a wider match fixing scandal in Germany.  His early years amongst the Hungarian Olympic squad saw a player who brought new training methods to Aberdeen’s Pittodrie Stadium and Dortmund’s Westfalen.  His warm up routines were known more for the stretching and rigorous body movement rather than passing practice.

In later years Varga fell upon tough times becoming separated from his wife and again spent time in exile from his homeland, choosing instead to live in Munich. He spent a number of years as manager at Ferencvaros, Honved and Gyori but found coaching very different to playing.  Despite individual freedoms being a reality in everyday life, Hungarian football had dropped to depths never seen before and a level that would have been unimaginable in the 1950’s and 1960’s.    Individual freedom on the pitch was it seemed a thing of the past.

Towards the last few years of his life he spoke angrily of being frozen out and saddened by a mafia that controlled Hungarian football and a domestic game that was producing little talent.

From defecting the national team to being embroiled in one of the worst match fixing scandals that German football has ever witnessed Varga was hailed as a “defining figure of Hungarian football” by the country’s Prime Minister Gyorgy Gordon Bajnai upon his sudden death in April 2010.

How fitting his last moments should be spent on a Hungarian football pitch where he collapsed and died of a heart attack whilst playing football in an old boys reunion match.