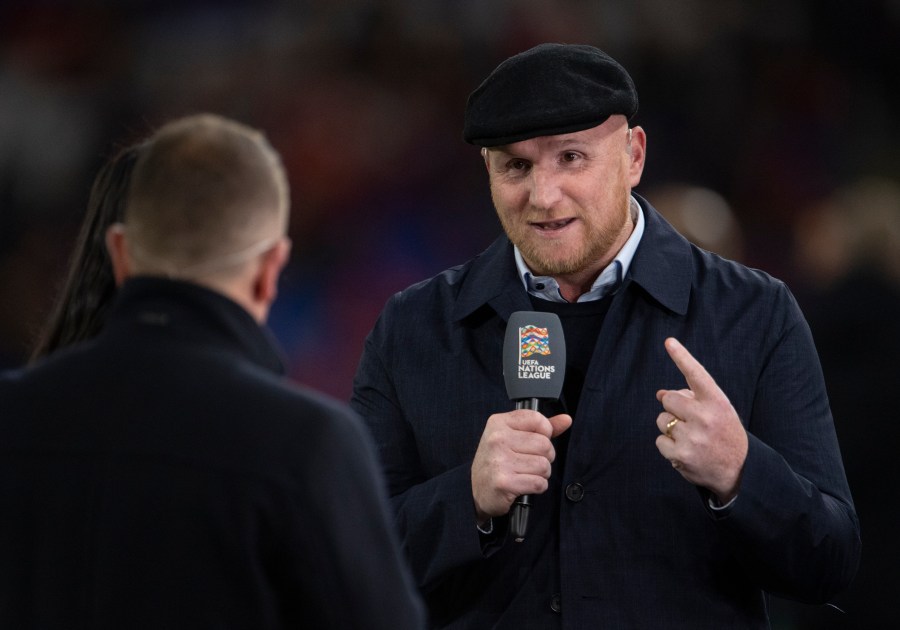 Hartson scored 14 goals in 51 appearances for Wales, yet never made it to a major tournament. This winter he will travel to Qatar as a commentator, as the Dragons take part in the World Cup for the first time since 1958, but before he left he spoke to World Soccer about the upcoming tournament…

The 2022 World Cup will be Wales’ third major tournament in the last six years, after reaching the European Championships in both 2016 and 2020. What do you put their success down to?

When it comes to Wales and international football tournaments, it’s like waiting ages for a bus then three come at once! Rob Page will deservedly get the credit for taking Wales to a World Cup for the first time in 64 years. However I’d also like to acknowledge the work done by the previous managers and their backroom teams. It was under John Toshack that many of the golden generation made their debuts. He introduced them to the demands of international football. The late Gary Speed, Chris Coleman and Ryan Giggs also deserve a mention in getting the national team to where it is today.

What is your assessment of Wales’ Group B opponents, England, USA and Iran?

Although they were poor in the Nations League, England are favourites to win the group, as they do have the strongest squad. The USA have quality players like [Giovanni] Reyna, [Yunus] Musah and [Christian] Pulisic. There is also Cameron Carter-Vickers, who is at my old club Celtic. Iran are the dark horses. We don’t know too much about them as their players are mostly based in their own country. However in [Mehdi] Taremi they’ve got a striker playing at a high level in Europe. They can’t be underestimated.

Gareth Bale goes into the tournament without having played a full 90 minutes at Los Angeles FC. Are you concerned at the over reliance on him?

Ideally you want players with minutes in their legs, and if it were any other player then it would be a concern. But Gareth isn’t your average footballer –he’s the captain with over 100 caps; he’s Wales’ record goalscorer; he’s got five Champions League winners’ medals, a world-record transfer fee; players like him come around once in 100 years.

He’s been on and off the treatment table in the last few years and that’s hardly a secret, but Rob and his team have made it work for Wales. Look at the two goals he scored against Austria [in the World Cup play-off]. Messi would’ve been proud of that free-kick!

It’s been a similar story for Aaron [Ramsey]. He’s had his injuries and it didn’t work out for him at Juventus and Rangers, but he plays a very crucial role for the team.

Which other Welsh players can make their names at the World Cup?

I like Brennan Johnson, who is at Nottingham Forest. He’s a star in the making. He’s got something about him, as does Neco Williams, also at Forest. Both have an opportunity to make their mark and what a platform they’ve been given.

I’m looking for more consistency from Dan James and up front you’ve got Kieffer Moore and he’ll be a handful for defenders. He’s direct, physical and when you put the crosses in, you know he’ll attack it. He’s playing at a high level in the Premier League with Bournemouth and scoring goals, so he’ll be going to Qatar full of confidence.

What are Wales’ realistic expectations?

I’d say finishing in second place is a realistic aim. It’s achievable. The first game against the USA will be crucial. A win will increase confidence and give the team momentum, which is crucial especially in a tournament format. After that it all depends on the draw.

Which other teams and players are you looking forward to seeing?

I’m going to go for the usual suspects. I’m really looking forward to seeing Brazil. Vinicius Junior is a great talent and he’s only 22. Neymar obviously gets a mention as well, but they’ve world-class players in every position.

France with the likes of Benzema, Griezmann and Mbappe will be a force to be reckoned with too.

It’ll be interesting to see if Belgium can live up to the expectations. Croatia, who for such a small country, always tend to be at the business end of major competitions. In Luka Modric they’ve got a very special player who I’ve enjoyed watching over the years.

Who will win the Golden Shoe?

I think it’ll be between Vinicius Junior and Neymar but I’m giving Harry Kane and Benzema a shout too.

Who will win the World Cup?

I’m going for Brazil. I think it’s going to be a Brazil versus France final with Brazil winning it.

Click here to order your copy of our World Cup preview