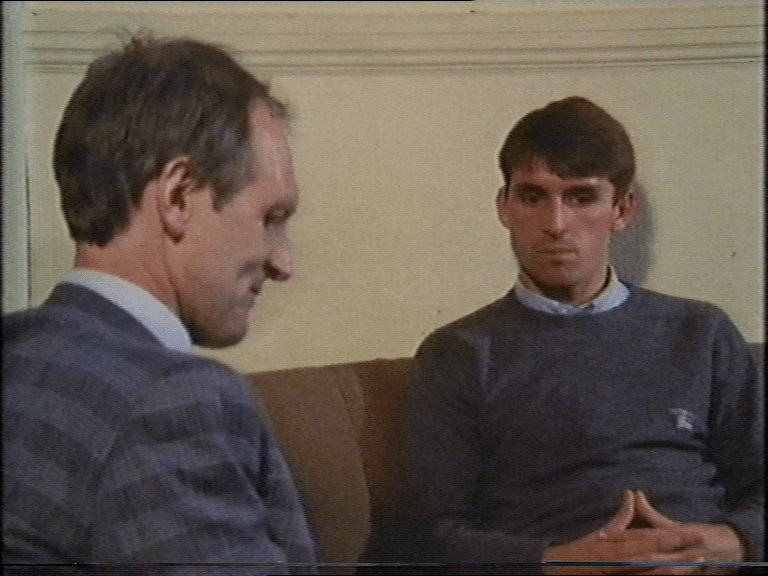 Researching the sporting history of a local area can be a frustrating and frequently painful experience. Perhaps worst of all is that persistent nagging voice that questions the relevance of the research itself. “What’s the point?” a little voice whispers, “Who actually cares?”

It probably doesn’t help when your area of interest is an untrendy town (Greenford), in an unremarkable area (Ealing) in a now defunct county (Middlesex). To confound it all, like a moth to a light bulb I’ve recently found myself inextricably drawn to a particular part of sporting Greenford, Birkbeck College sports ground, the former playing fields of the University of London’s Birkbeck College.

Built from former farmland in 1925 and now renamed the London Marathon Playing Fields, the fields provided an outlet for the sports teams of staff and students alike, including the College’s football club whose motto since it’s foundation has been “Ecce testiculos canem” (roughly translated “Behold the Dog’s Testicles”). And that I thought, was that, until my dad casually informed me that that the ground was also once Queens Park Rangers’ training ground, from the 1970s through to the late 1980s. With his allegiance to Brentford, he’d spotted with some disinterest a number of Rangers players training there in the past.

A scour of the internet led me on to YouTube and, miraculously, the existence of a BBC football documentary featuring QPR at Birkbeck College sports ground itself (full documentary below). Finally, a breakthrough. The ‘QED’ documentary followed QPR’s use of a sports psychologist, John Syer over a six week period during the 1988/89 season, and aimed to improve the effectiveness of both the coaching staff, led by manager Jim Smith and assistant Peter Shreeves, and players.

And so it unfolds that Syer’s work with the first team squad takes place on the playing fields and pavilion clubhouse of the club’s training ground at Birkbeck Sports Ground in Greenford. This rather modest, unassuming corner in Greenford, quietly tucked away in the residential seclusion of Birkbeck Avenue, provides Syer with a cerebral sanctuary from which he attempts (in vain) to turn the Rangers team into fearless, doubt-free champions. To the contemporary viewer, the 30 minute film provides a fascinating early example of football documentary filmmaking as well as a window into player cynicism towards sports psychology during the late ’80s.

It starts with Syer chatting to the team at the training ground, explaining that they need to visualise positive things they wish to happen in forthcoming matches. A questionnaire is then circulated among the rather bemused group of players, before they are each asked to shut their eyes and visualise a skill they would like to improve on. An uncomfortable silence envelops the room, punctured with some relief by Terry Fenwick’s fit of giggles.

Plainly, the majority of players need some convincing of the use of Syer’s methods. After all, before Syer and the BBC’s arrival in Greenford, QPR were top of the old First Division and with a pretty half decent squad including the likes of Paul Parker, David Seaman, John Byrne, Alan McDonald, Gary Bannister and a very young Les Ferdinand.

Two players who are at least open to Syer’s ideas are Dean Coney and a previously sceptical Martin Allen. Syer works separately with both players, focusing on a specific area of each of the players’ games they believe to be their greatest weakness. Coney seeks help with beating opponents on his right side, rather than his favoured movement to the left. For Allen the problem appears to be a slightly more difficult one to solve as he asks Syer to help him run as fast as Paul Parker, probably one of the fastest players in the league at the time.

Syer asks each of the players to close their eyes and visualise the correction of these weaknesses in an imagined football match, with Coney asked to visualise cutting in on his right to beat an opposing full back and Allen asked to imagine bursting away from an imaginary Tony Adams at high speed. Perhaps predictably, Coney has more success rectifying his particular weakness during a midweek England under 21 game. Allen on the other hand is later filmed back in the bowels of the training ground in discussion with assistant manager Peter Shreeves. Shreeves wisely instructs Allen to focus on improving more realistic areas of his game, such as composure on the ball.

Back in the training room classroom in Greenford, Syer continues to work with the entire squad, and asks players to list situations in matches which undermine their individual belief. John Byrne assumes the role of spokesman for the players and raises the point that the team run out of ideas, particularly in games when they go a goal down. Byrne also suggests a plan ‘B’ should be worked on in training. Interestingly, both Smith and Shreeves bristle at this point, with Shreeves pointing out a number of recent injuries to defenders which have limited work on formations in training sessions. He also rather testily remarks that it is down to the players themselves to go to the management if they want to see new ideas. Later sessions at Greenford with Syer sees Terry Fenwick raise concerns over defensive tactics.

Towards the end of the film the narrator claims that Syer’s work has produced greater openness between the players and coaching staff. However, the psychologist’s main missive, to assist the team’s fortunes on the pitch through positive visualisation, has clearly proven less than successful. In fact, Syer’s stint with the club saw a crushing defeat to Liverpool at Anfield, as well as a shock cup defeat to Bury. From the six games played during Syer’s residency at the Greenford training ground, QPR won only one game, drawing three times, between the defeats at Liverpool and Bury. It would prove to be Rangers’ worst period in the season and effectively put pay to their promising assault on the league title. Although, Smith’s men did still finish 5th, ending the season as London’s top club.

As for the two ‘stars’ of the film, Allen and Coney, both went on to leave QPR the following year, to West Ham and Norwich respectively, and it’s unknown whether they carried any of the lessons learnt in Greenford with them during the rest of their careers. Perhaps the biggest lesson either of them learned was the simplest of them all: sometimes you can just over analyse things.