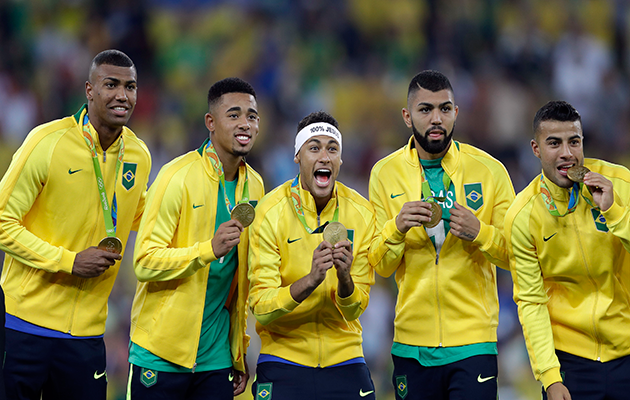 Brazil, having regained footballing pride after two years in purgatory imposed by the Mineirazo, can now start to pull their weight again with confidence on the international football scene.

At least, that was how coach Rogerio Micale interpreted the acquisition of a first-ever Olympic football gold in a fairytale finale in Maracana on Saturday night. Never mind all the other sports. This was the one which mattered for reasons which have become all too familiar since the 7-1 World Cup semi-final demolition by Germany in 2014.

Rogerio was the youth coach brought out of the shadows to shoulder the responsibility of an Olympic pursuit which has cost the jobs of a string of far more famous – and far more highly-paid – predecessors. One sideline of Brazil’s 5-4 shootout success after a 1-1 extra-time draw was that it proved nice guys can finish first.

If the headline personality feature was Neymar, ‘only’ a silver-medal winner in 2012 and an injured victim in 2014, then Rogerio was not so far behind for calmly keeping the emotional show on the road after the awful goalless openings against South Africa and Iraq.

Keeping a lid on the players’ emotions was a trick Luiz Felipe Scolari could not manage in 2014. Rogerio managed it but he left the clear impression that, having served his country appropriately, he would be quite happy to step back into the family man role so rudely interrupted by the Olympic imperative.

Reviewing the gold medal play-off and its context, he said: “I had mixed feelings before the game. There was a lot of anxiety and tension because of events we all know. We knew we were facing a strong team as the game confirmed. Now that we have won I feel a sense of achievement mixed with relation and relief for this unprecedented moment in Brazilian football history.

“I am sure this will has brought a reason for the Brazilian people to gain renewed pride and confidence in the national team. We knew it was a huge responsibility because football is the No1 sport in Brazil.

“Now this phase is past we can look to the future more confident and proud that Brazilian football is not dead. We have great potential and can have real hope to achieve greater things again in the future.” 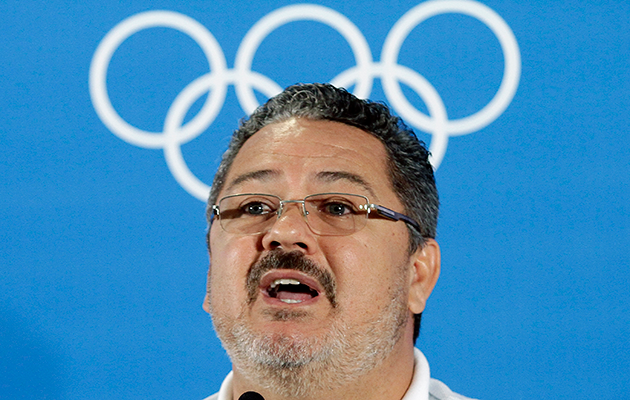 Rogerio was able to cast an understanding perspective on the fans’ reaction to the initial group performances which included boos, jeers, laughter and even the well-publicised incident of a fan crossing out Neymar’s name on a shirt and writing in that of women’s captain Marta.

He said: “The Neymar/Marta thing, that’s just sort of the Brazilian culture and emotion. That’s how we are. We go from love to hate from one day to the next and back again. We are all about extremes but that’s how we are and I am proud to be Brazilian.”

Inevitably Rogerio will become the subject of high-priority job speculation but he left the impression that he would prefer to return to the youth coaching shadows, his wife and three daughters.

He said: “I don’t know what the future holds for me personally but I will continue to work hard and stick to my philosophies and strategies and tactics.

“I was fortunate that the most important people in my life were with me to support me and share this with me. So I dedicate this to my wife Sylvana and our three daughters. You know, August 16 was our silver wedding but because of these Olympics we could not celebrate it together.

“But shortly we will celebrate our silver . . . and now we can celebrate it with gold.”