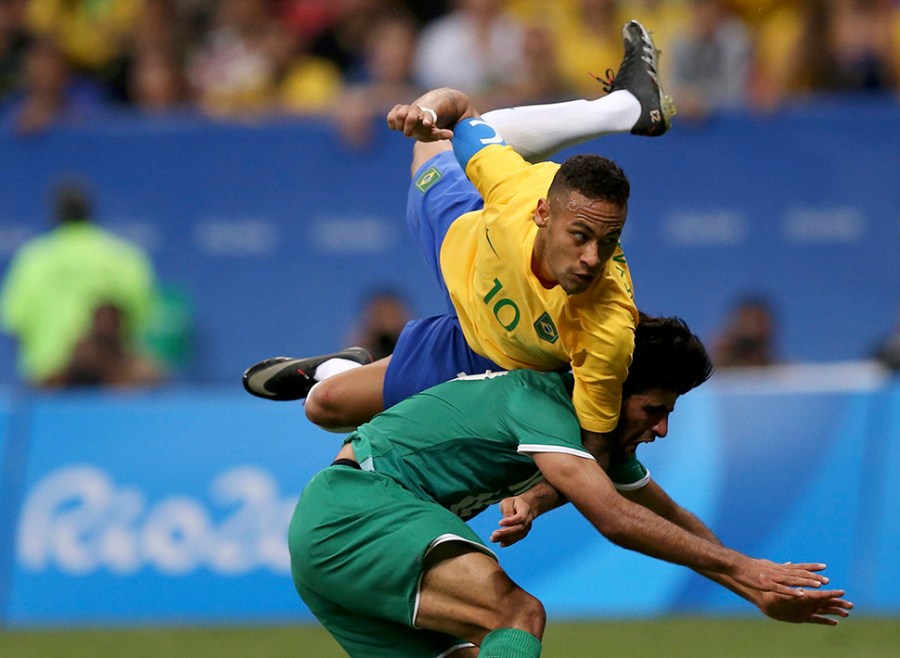 Wednesday has become a crunch moment for the three South American teams in the men’s Olympic football tournament – but two of them would be able to shrug off first-round elimination without too much of a post-mortem.

Colombia, who have drawn both of their games 2-2, need a win when they face the dangerous Nigerian side. Another draw, or even a defeat, would not be a disaster for a team hit by injuries and withdrawals.

Meanwhile, Argentina had such problems assembling a squad that the idea of not participating was floated. Even so, they are the best placed of the three teams, although they are the only ones to have suffered a defeat, losing 2-0 to Portugal. However, they are also the only side to have won a game, 2-1 against Algeria, which will give them confidence ahead of Wednesday’s meeting with Honduras.

Confidence is a commodity in short supply in the Brazil camp after the hosts were jeered off the field by the crowd in Brasilia following a second consecutive goalless draw. They have been held by both South Africa and now by Iraq. Even Fiji have managed a goal in the tournament.

The problem is that there is so much riding on this tournament for the hosts. The Games would be boosted by a strong performance from the home team in the country’s number-one sport. And Brazilian football is at such a low ebb that some good performances would be very welcome.

On paper, the Brazil side is much stronger than the rest of the field and, worryingly, much closer to the senior team. They should be better prepared than their rivals, having used FIFA dates over the past year for warm up friendlies.

There was a genuine hope that a corner had been turned, that low-profile but intelligent coach Rogerio Micale would implement a modern style of play, harmonising collective passing with individual quality.

And it is in the light of these expectations that the disappointment of the first two games has been so great.

Veteran TV Globo commentator Galvao Bueno launched into a rant after Sunday’s match. The frustration had been building. Perhaps last Thursday’s draw with South Africa could be put down to first-night nerves, to excesses of pressure affecting the younger players. So when the performance against Iraq was even worse, there was nowhere to hide.

There has been little connection between the front three – Neymar and the young lions, Gabriel Jesus and Gabriel Barbosa – and the midfield, with the team stretched out all over the field. One of the over-age players is attacking midfielder Renato Augusto, who was brutally honest about his decision to move to China at the start of the year – with his injury record the chance was too good to turn down.  He is looking like an ancient 28-year-old and the crowd are singling him out for boos. He has been an important player for the senior side in recent months and might have been expected to prosper under new senior coach Tite, who worked well with him at Corinthians. But if he is not fit enough to make an impression on the Olympics, what use will he be in World Cup qualification?

The problems, though, seem more collective than individual. If a definition of a good pass is that it gives the receiver the option to play the ball first time, Brazil have managed very few good passes – largely because of the distance between the lines of the team. And when the collective side has not been functioning, the response has been to overdo the individual charges, easily picked off by the opposing defence, or throw themselves on the floor in the hope of picking up free-kicks. When this fails the team can become petulant – and it is here that Neymar’s captaincy is below par. Instead of being a calming influence he is one of the most petulant.

And the glittering displays of Brazil’s women have only thrown more pressure onto the mountain.  During Saturday’s 5-1 win over Sweden, the Rio de Janeiro crowd chanted that Marta – the women’s outstanding number 10 – was better than Neymar.  And in Brasilia the following day chants of “Marta” were barbs aimed at the Barcelona star.

Neymar and company will be glad to see the back of Brasilia, not least because the pitch is in such poor condition. Wednesday’s game against Denmark takes them to Salvador’s lovely Fonte Nova stadium – a different public and a fresh start on which, unexpectedly, has become an important night for Brazilian football.