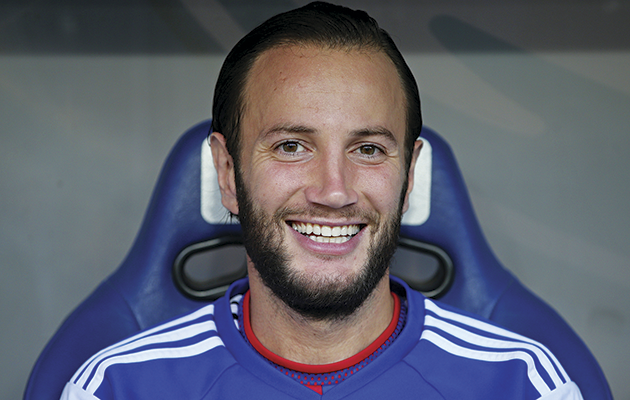 World Soccer: You played for Switzerland. How and why did you switch to Albania?
Shkelzen Gashi: Well, I played for Switzerland’s youth team up to the under-21s, and Ottmar Hitzfeld [then Swiss national coach] was keen for me to play for the seniors. Then Albania were also interested, so I had a big decision to make. I took two or three days to decide, but I opted to play for Albania.

Did your family influence your decision?
No, it was a pure footballing decision. I knew Albania had a good generation of players, they had a good chance of qualifying for a major tournament for the first time, and I wanted to be part of that.

You played in the game against Armenia that clinched qualification. What were the celebrations like?
They were amazing, it was crazy. There were thousands of people on the streets to welcome us home. I was getting messages from all around the world, from New York, Zurich. It was incredible. The game itself was very tense. In the dressing room beforehand, everyone was very serious, you could tell by the look on their faces. We scored two early goals but it wasn’t until we got the third goal, late in the game, that we could relax.

Can you explain Albania’s success, compared to previous campaigns?
There’s a new generation of players who are not just playing in Albania, they’re in Italy, in Germany, in Switzerland. They’ve got more experience than in the past. The coach has called up a lot of new players – he’s tried loads of people – so we’ve got more options.

What is Albania’s target in France?
It will be tough, but we’re capable of springing a surprise. We’re going there to enjoy the occasion, sure, as it’s the first time Albania has ever appeared in a major tournament, but we also want to give a good account of ourselves.

Gianni De Biasi is a very tactical coach, with an emphasis on defence. How is it different to club football?
We are quite cautious. In international football, you don’t want to make a mistake as every game can be crucial. With the club you might get the chance to correct a mistake from a previous game.

You are one of the most high-profile Albanians in world football. Do you see yourself as a pioneer, playing for Colorado Rapids in the USA?
Some people were surprised when I left Switzerland, but I wanted a new challenge and the league is on the up. The quality is good. Now I’ve got friends ringing up and asking if I could get them a deal in MLS!