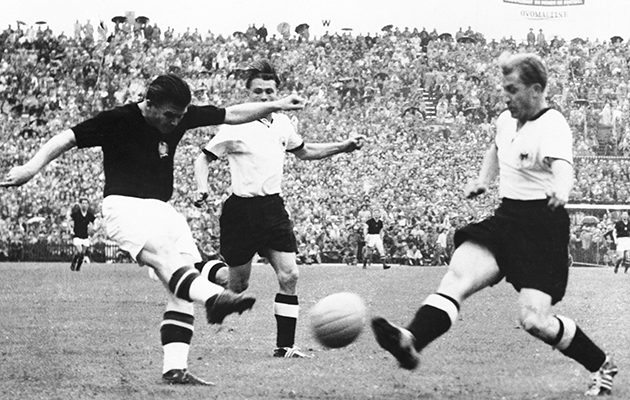 Europe’s old kings, princes and emperors are passing around the cherry brandy in heaven and debating the day’s world affairs, as ever. Even the frivolity of Euro 2016. “It’s Austria-Hungary today,” says Metternich. “Who are we playing against?” asks Franz Joseph.

This is an old joke but not one told among the football elite at competition time for a very long time; largely because the Hungarians have been absent from the final stages of the World Cup since 1986 and the European Championship since 1972. But it does illustrate that today’s Group F opener in Bordeaux is historic in more ways than one.

From a purely football perspective, this is the oldest national team match outside the British Isles. Austria and Hungary first played each other on October 12, 1902. Austria won 5-0 but trail 66-40 in victories in their 137 meetings. Only Argentina and Uruguay have contested more international derbies.

That first meeting counts in the records even though both were rival power centres within the vast Austro-Hungarian Empire. Until Gavrilo Princip assassinated Archduke Franz Ferdinand, Franz Josef’s designated heir, in 1914, that is.

Austria’s great Matthias Sindelar was christened Matez in 1903 in what is now the Czech Republic; the father of Hungary’s great Ferenc Puskas altered the family name from the Danube Swabian German Purczeld amid the rise of Hungarian nationalism in the 1930s.

The great football pioneers of central Europe shifted their football allegiance in search of the best offer, much as today.

Imre Schlosser, the original Konig des Fussballs, played for Ferencvaros and Wiener AC and back again. Laszlo or Ladislav Kubala, with bewildering cross-border loyalties of his own, played for both Hungary and Czechoslovakia before fleeing to the west and assuming a further new identity as Ladislao, darling of 1950s Barcelona.

Lancastrian Jimmy Hogan educated both Hungary and Austria in the skills of the game in the 1920s and 1930s. Austria’s Sindelar, Anton Schall and Pepi Bican learned from him; so did Hungary’s Gyorgy Sarosi, Pal Titkos and Gyula Zsengeller. Hogan’s legacy then inspired the generation of Hungarian coaches (Bela Guttmann, Marton Bukovi, etc) who fashioned the Magical Magyars of the early 1950s.

Both Sindelar and Guttmann lie buried in the same Vienna ZentralFriedhof; Sindelar with a memorial of acknowledgment, Guttmann with plain simplicity in the Jewish section. 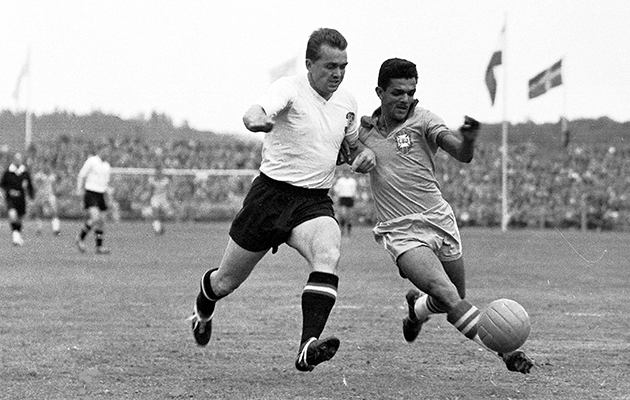 Ernst Happel, who later forged a name as one of the great managers, in action for Austria v Brazil at the 1958 World Cup.

Heroes’ names ring down the years.

Football as a reflection of a changing world, changing times. More than a game.

So Austria-Hungary today. With, somewhere perhaps, Franz Joseph and his beloved Sisi cheering for opposite sides.