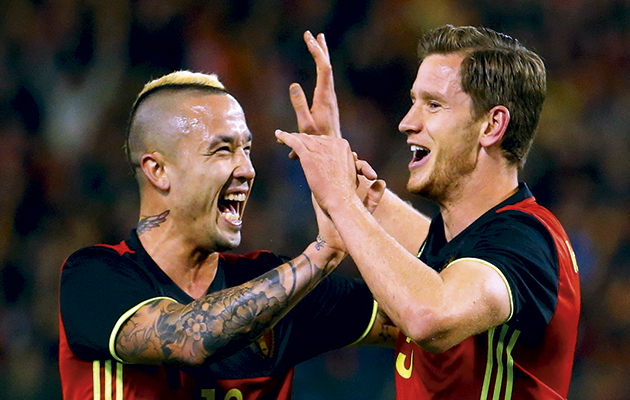 With a number of world-class players, backed by others who are arguably among the Premier League’s finest, Belgium topped FIFA’s world rankings for five months earlier this year. Yet Marc Wilmots’ men have yet to win a trophy and have hardly ever beaten a top team in a competitive match.

Frustratingly for their followers, Belgium have regularly failed to impress in games, while their coach is frequently accused of lacking tactical nous.

Back in 2014, ahead of the World Cup, observers looked at players such as Eden Hazard and Romelu Lukaku and asked why they didn’t perform for their country as they did for their clubs. To an extent, Hazard has nullified that question, but the fact remains that Wilmots rarely elicits top performances from his charges.

The team go to the Euros on the back of seven wins in 10 qualifying games, with just one defeat, to Wales. They scored 2.4 goals per game, a figure only bettered by Poland and England. They had 207 attempts on goal, a total only beaten by Germany, and conceded just five times in 10 games, the fifth best defensive record.

Overall, then, the record of Les Diables Rouges (Red Devils) is useful. However, in a group where the main opposition came from Wales and Bosnia-Herzegovina, one of the top teams in the world would have been expected to remain unbeaten and to have played attractive football.

And therein lies the rub: no one ever regarded Belgium as the world’s best team, not even Wilmots.

Paired with Italy, Republic of Ireland and Sweden in the group stage this summer, they should qualify for the knockout phase. But what are the team’s chances after that – when they could meet Germany or England in the quarter-finals?

Several of the squad have hardly figured for their clubs this season – including Marouane Fellaini, Dries Mertens, Divock Origi and Christian Benteke – while Jan Vertonghen and Kevin De Bruyne have all had time out with injuries and Vincent Komany has been ruled out altogether.

The fans, however, remain solidly behind the team. All the qualifying games were sold out and the shops will once again be full of Diables Rouges merchandise this summer.

Wilmots will have his squad for three-and-a-half weeks ahead of the tournament and he will hope that is long enough to get his players fit, rested and ready for their opening game in Bordeaux.

It must be a concern that over half of his likely squad play in the Premier League, with its constant wear and tear on players. As Wilmots said when De Bruyne was ruled out for 10 weeks in January: “It’s a good time to be injured.”

Belgium expect to do well, but they are realistic and will not be thinking that they can win the trophy. 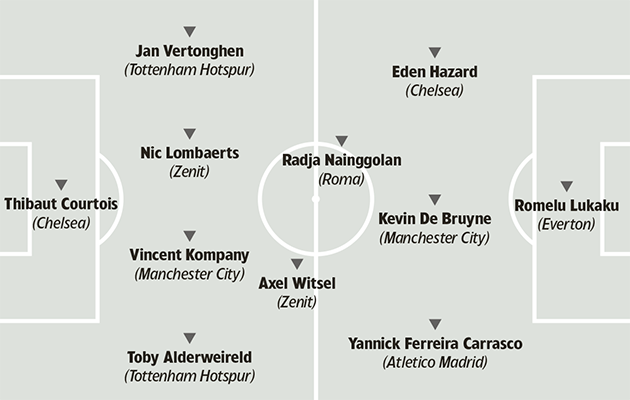 After criticism of the team’s performance at the 2014 World Cup, Marc Wilmots said in future Belgium would play more attractive football. In reality, however, little has changed, although he has introduced some new blood since Brazil, with the introduction of Radja Nainggolan, in particular, having improved the speed of the side’s build-up play.

Wilmots favours a 4-2-3-1 set-up, with Axel Witsel sitting in front of the back four and Nainggolan in a more wide-ranging box-to-box role. That leaves Kevin De Bruyne, Eden Hazard and, perhaps, Yannick Ferreira Carrasco, to work behind a lone striker, probably Romelu Lukaku.

There were times when Hazard and De Bruyne were treading on each other’s toes as they battled for supremacy in the creative stakes. But after various attempts to resolve the issue, Wilmots seems to have accepted that De Bruyne is the more effective in the centre.

Wilmots often finds a reason to fall back to a “Plan B”, which sees Marouane Fellaini in midfield with De Bruyne being squeezed out wide. In the qualifiers, Nainggolan and Fellaini played key roles, with the latter the team’s top goalscorer.

But whatever the formation, Belgium frequently fail to break down packed defences. Their build-up is often one-paced and without an end result.

It seems as though Wilmots has too many players in his squad who have not been performing regularly since big-money transfers. 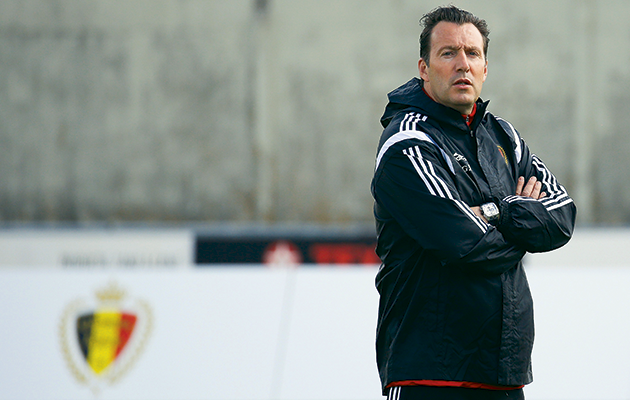 Replaced Georges Leekens four years ago and blessed with a squad that was recently ranked as the most expensive in world football, but has been criticised for the team’s jaded performances.

With a poor record at club level, he took Belgium to the quarter-finals at the 2014 World Cup. He is a hands-on coach who is happiest out on the pitch with the players.

Under contract until 2018, he has been linked to a move to Schalke, where he played with some distinction.