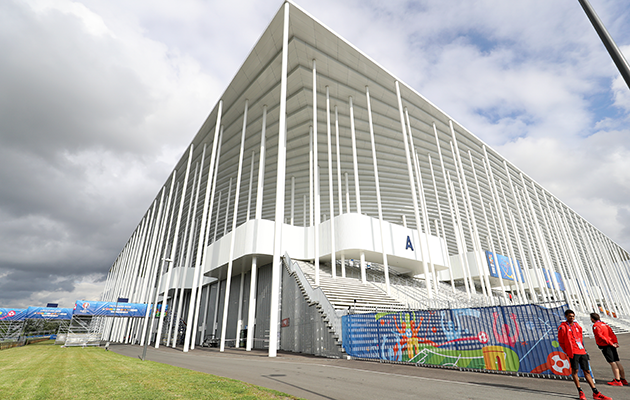 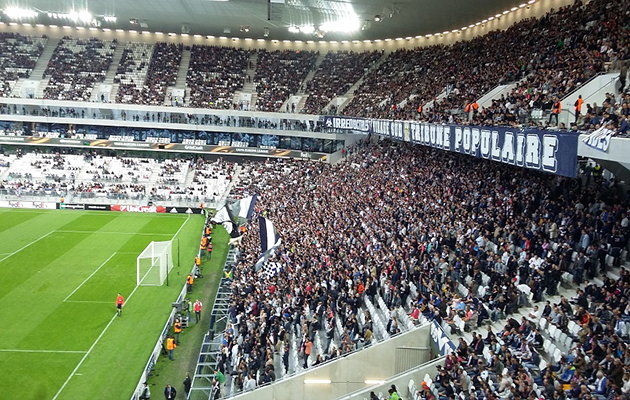 Home of the Girondins, dominant force in France during the golden era of the mid 1980s, Bordeaux is a classic one-club city in the mould of a Marseille or a Toulouse.

The six-time title winners switched stadiums at the end of the 2014-15 campaign, leaving behind the Stade Chaban Delmas, opened for the 1938 World Cup and revamped for 1998 for the Nouveau Stade Bordeaux, built at Bordeaux-Lac north of town, for Euro 2016.

The Chaban Delmas was also home to the Begles rugby team, Bordeaux being situated deep in the oval-ball heartland of south-west France.

Given the significant British expat community gathered here in wine country, there’s ample demand for the many sports pubs in town.

In fact, it was an English family, descendents of Nathaniel Johnson, who sold the city council the land, formerly vineyards, on which the original stadium was built. Its part Neo-Classical look and maritime decorative touches reflecting the city’s grand appearance and history, the venue was originally named after the area it was set in: Lescure.

Now a new chapter has opened in the city’s sporting history. The Nouveau Stade, also named after its sponsor Matmut Atlantique, stands near the exhibition centre, Parc des Expositions, surrounded by chain hotels.

It’s also at the terminus of tramway line C, part of the city’s swish, modern transport network, which will ferry fans for five Euro 2016 matches, including a quarter-final. France have already played an international match here, a 2-1 friendly win over Serbia. 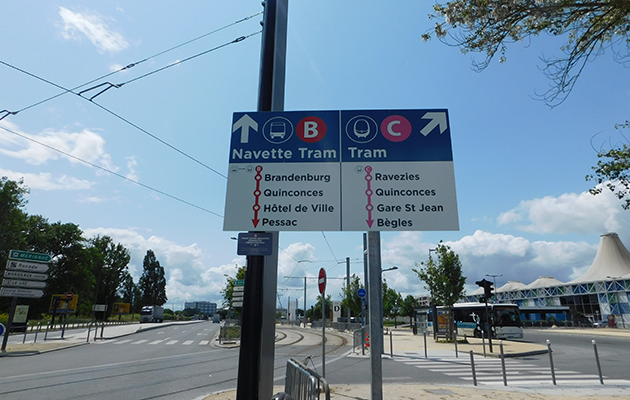 Bordeaux-Merignac Airport is 12km (7.5 miles) west of Bordeaux city centre. Budget airlines use the Billi terminal adjacent to the main one, where public transport can be found.

City bus Liane 1 (every 10min, Sun every 20-30min) takes 40min-1hr to reach the main train station of St-Jean, on the same tramline C as the main square/Euro fanzone of Quinconces and the stadium stop of Parc des Expositions at the end of the line. For the stadium, it’s a 40min journey from St-Jean and 12 stops from Quinconces.

Public transport consists of three tramlines (A, B and C) and buses. A day pass (Tickarte Jour) is €4.30, available from machines at every stop – validate on board for each journey.

For the Euros, a frequent shuttle bus runs from Cite du Vin (tramline B) to the stadium, journey time 20min. 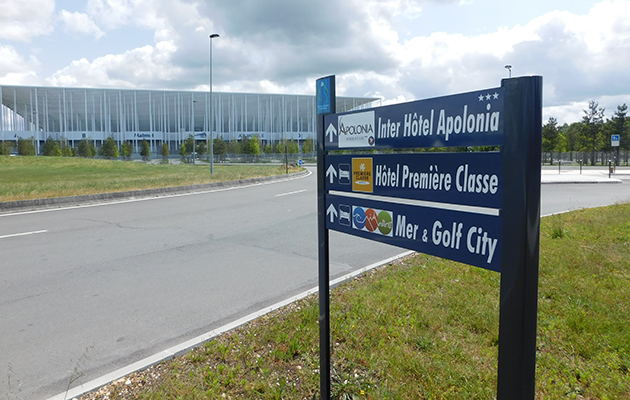 A handful of hotels in the Accor chain is set up near the Nouveau Stade, including the Novotel Bordeaux Le Lac, which has its own pool, as has the Hotel Pullman Bordeaux Le Lac.

At the budget end of the scale are the ibis budget and Mercure Bordeaux Le Lac. Also in the same complex are the three-star INTER HOTEL Apolonia Bordeaux Lac and affordable chain Campanile Bordeaux Nord Le Lac Hotel.

Near the station, among the chains, internet cheapie Hotel Stars has a maritime theme that extends to cabin-sized rooms. It’s a convenient one tram stop from the station.

In town, hotels within easy reach of focal Quinconces include the Acanthe, the St Remi and the Hotel de la Presse.

Slightly more upscale – and closer to Quinconces – are the Hotel de Normandie and the landmark Grand Hotel de Bordeaux. 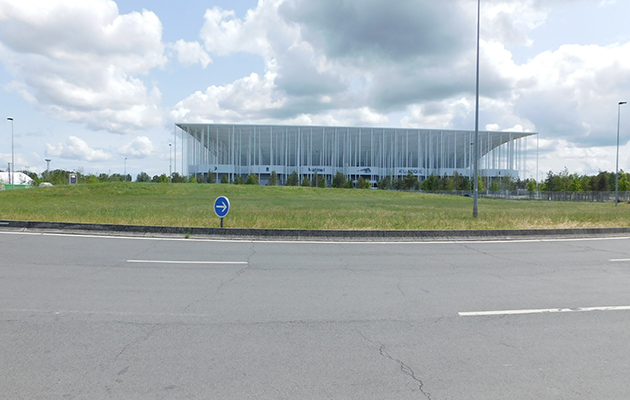 The Nouveau Stade Bordeaux, renamed Matmut Atlantique after its sponsor, was opened at the end of the 2014-15 season, a year before its hosting of five matches for Euro 2016.

When Zinedine Zidane kicked off the inaugural match there, the last game of the 2014-15 campaign against Montpellier, he brought an end to eight decades of history. His former club, the Girondins de Bordeaux, had been based at the Stade Chaban-Delmas (aka Parc Lescure) since it was adapted for the World Cup of 1938. 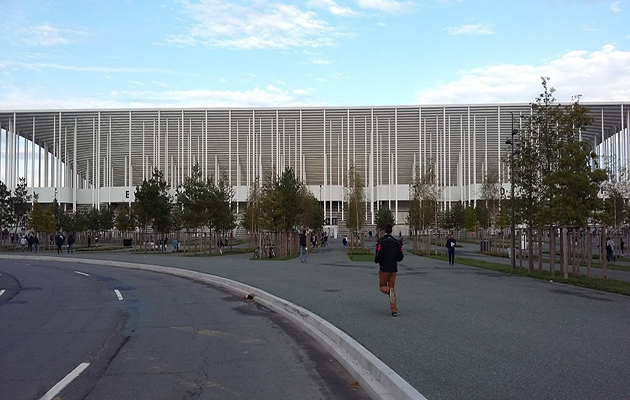 When conceived by key Bordeaux architect Jacques D’Welles and Art Deco stylist Raoul Jourde, the former Parc Lescure was a grand rebuilding of an existing, modest velodrome-cum-sports ground. With the feel of an ocean liner – a decorative echo of Bordeaux’s past – it was embellished with a vast concrete arch, a Neo-Classical courtyard and two Olympic towers. Art Deco touches added a final flourish.

The arena was ready just in time to host three games for the 1938 World Cup, all involving the great Brazil side and all featuring goals by the great Leonidas. The last match, a third-place play-off, was also the swansong of legendary pre-war World Cup referee John L Langenus.

Too small to be considered for the 1984 Euros, the Parc Lescure was the smallest of the France ’98 host stadiums.

Renamed after a long-term city mayor in 2001, the Stade Chaban-Delmas was replaced in May 2015 by the Nouveau Stade Bordeaux at Bordeaux-Lac, just north of Les Aubiers, northern terminus of the C tramline. 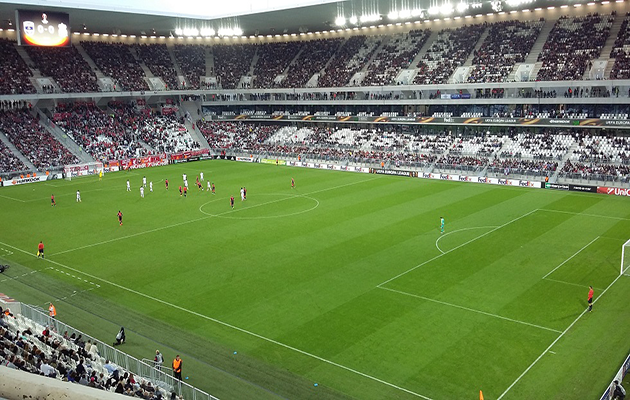 Holding 42,000 people, the €168-million arena has been created by Herzog & de Meuron, also responsible for the Tate Modern in London and Munich’s Allianz Arena. Surrounded by signature poles representing the woodland beyond this commercial zone north of Bordeaux, the stadium comprises four stands, away fans for domestic fixtures allocated sectors 50 and 51 between the north end and East Stand. 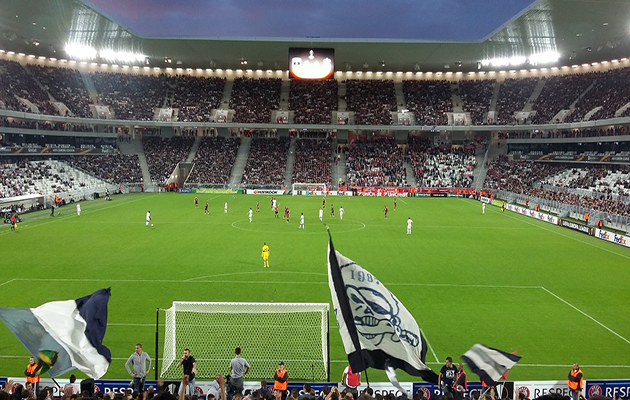 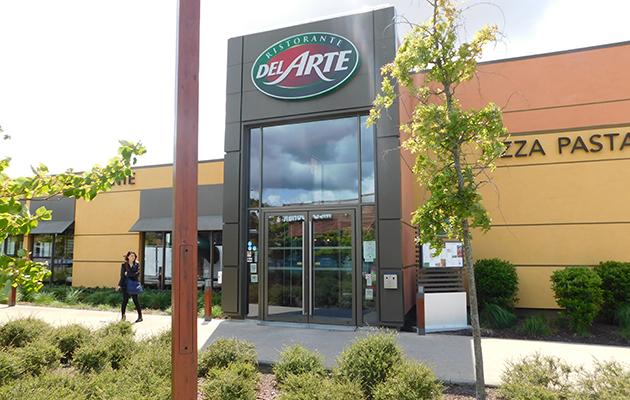 There’s nothing around the stadium complex except for standard chain and fast-food restaurants, including the Ristorante del Arte pizzeria near the Parc des Expositions tramstop. 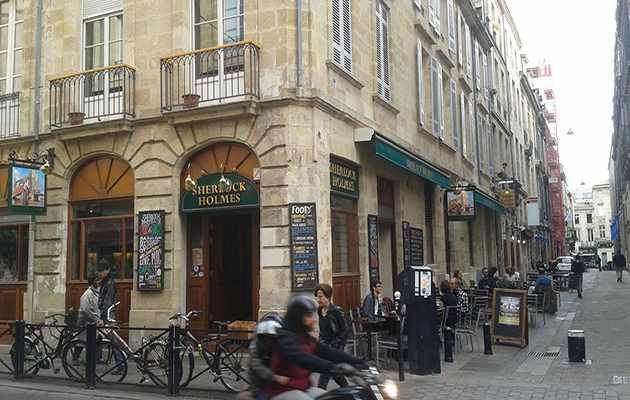 In the city centre, Bordeaux, as a football town, a rugby hub and teeming with students, is full of bars where matches screened. Even a downtown landmark such as the Grand Cafe on place Gambetta will put a large screen outside on big-game nights. Nearby, Casey’s (14 rue Castelnau d’Auros) is specifically sport-focused.

The square to head for is place de la Victoire, where you’ll find the barn-like Cafe des Sports (5 cours de l’Argonne) and the Pub Saint-Aubin, the best bar/restaurant in town for sports fans. Outside, a terrace covers a huge chunk of the square, while within, a four-room space suits diner and drinker alike. 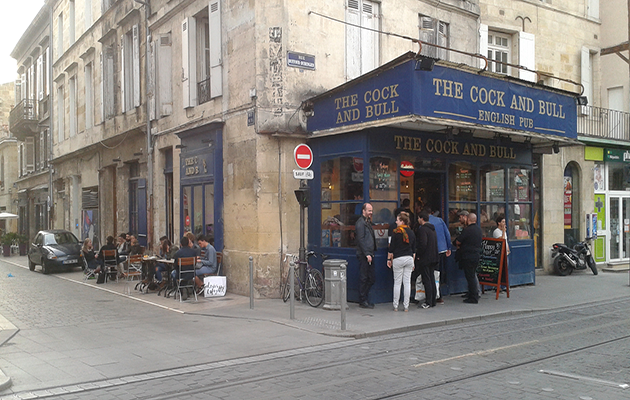 For a real football bar with a European flavour, the Relais St-Michel (12 rue Camille Sauvageau) is decked out in Iberian soccer paraphernalia, with table football, too. It stands close to the riverbank, where you’ll also find expat pubs such as the Charles Dickens, Molly Malone’s and, near a branch of nationwide chain Frog & Rosbif, Sweeney Todd’s (2 cours Alsace-Lorraine). 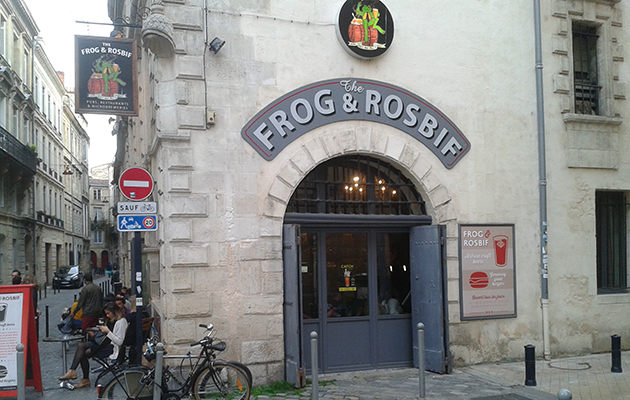 All show football on TV, as do the centrally located City Bar (21 rue du Palais-Galien), the Sherlock Holmes, Connemara and the Cock & Bull (23 rue Duffour Dubergier). 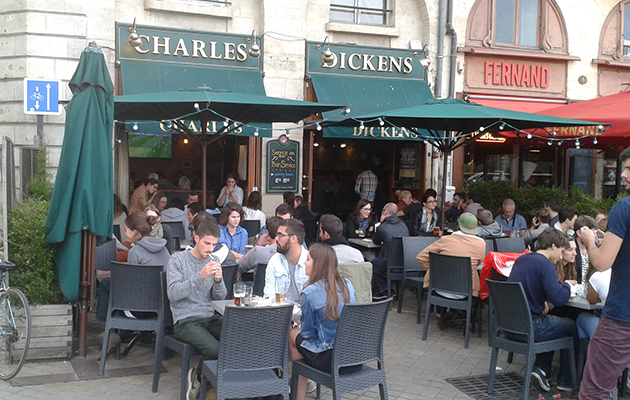 Perhaps the best of the bunch, the friendliest and also famed for its burgers, is the Golden Apple (46 rue Borie/corner rue Pomme d’Or).