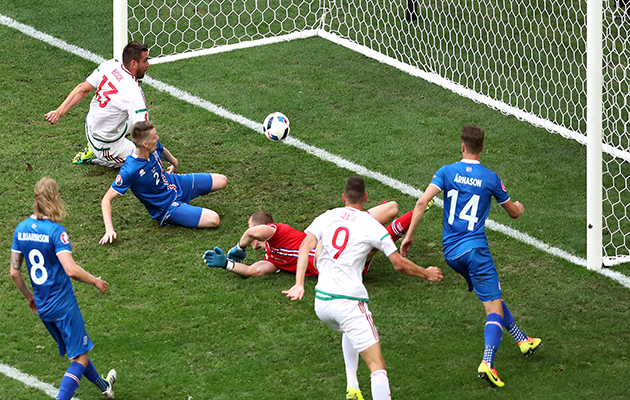 Heartbreak for Iceland, as Hungary a late equaliser at the Stade Velodrome. Neat build-up play down the right and a low cross from Nemanja Nikolić which Birkir Sævarsson turns into his own net. 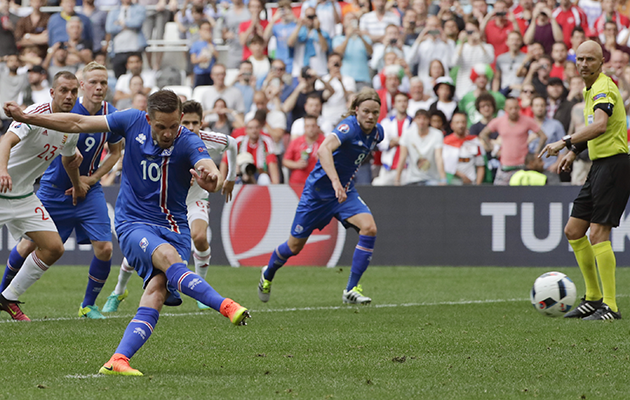 Gylfi Sigurdsson makes no mistake, firing low to the right of Gabor Király who goes the wrong way.

Gabor Király comes to collect a corner but drops the ball and it falls to the feet of Aron Gunnarsson who goes down under minimal contact with Tamas Kadar. Hungary furious with the decision and rightly so.

Eden Hazard breaks down the right hurdling a rash challenge from Ciaran Clark, before squaring the ball to Lukaku, who takes a touch before calmly placing the ball past Randolph. 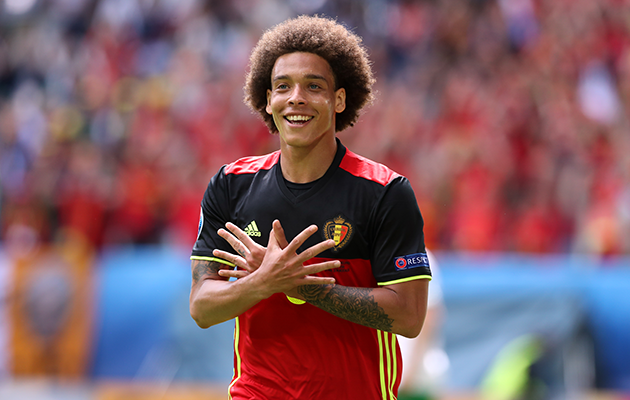 Axel Witsel doubles Belgium’s lead with a firm header from 12 yards. The ball is moved around by Belgium before reaching Thomas Meunier, who picks out the unmarked Witsel and the midfielder makes no mistake with his head. 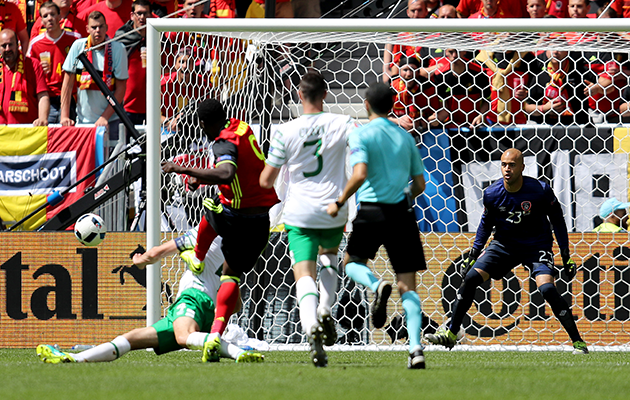 Romelu Lukaku atones for his poor performance against Italy. He receives the ball at the edge of the area from Kevin De Bruyne following a Belgian counter-attack, and the Everton striker takes one touch before curling a low shot past Darren Randolph into the bottom corner. 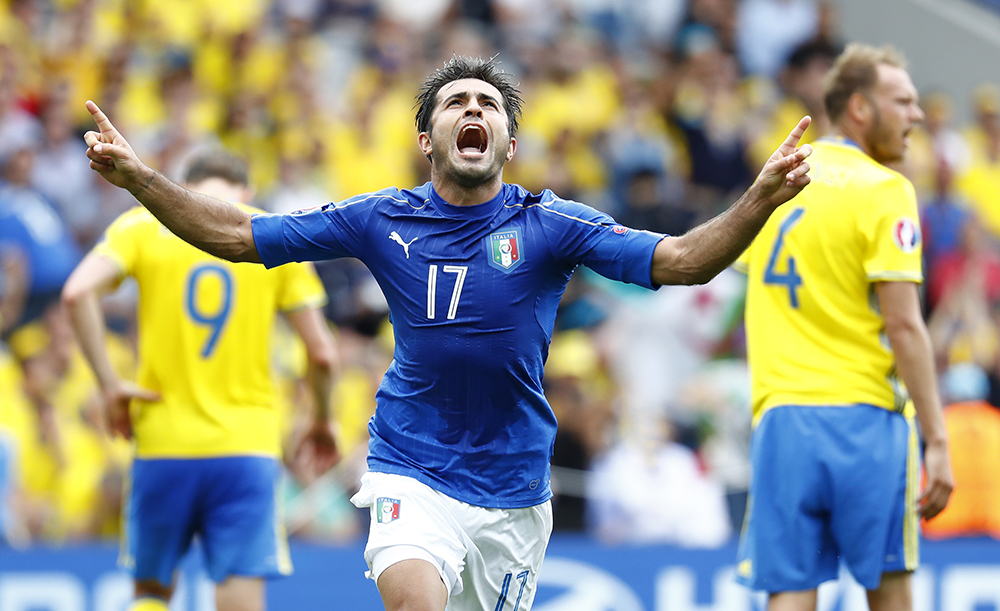 Italy’s Eder celebrates after scoring their winning goal against Sweden.

Two wins out of two for Italy and all the signs of an Italian bandwagon developing. Here, Paddy Agnew reports on a growing confidence within the Italian camp. 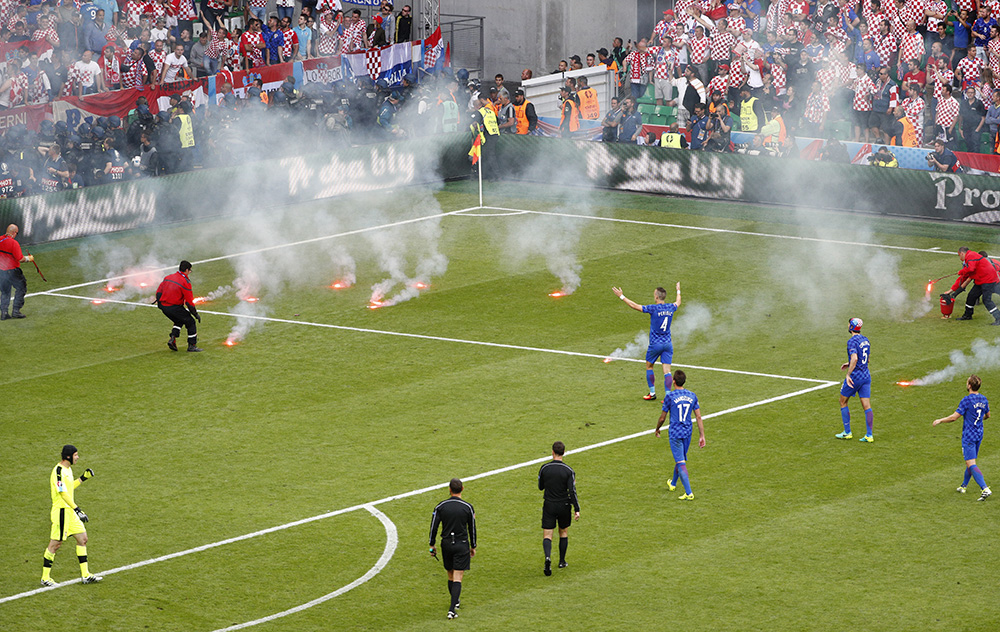 Stewards tend to flares that have been thrown onto the pitch by Croatia fans as players look on.

Each day we’ve been bringing you the outstanding images from Euro 2016. Today, it is the scenes of disorder Saint-Etienne which prompted the temporary suspension of play between Croatia and the Czech Republic that leads our images from Day 8.

Three more games today, kicking off with Belgium facing the Republic of Ireland in Bordeaux, followed by Iceland-Hungary in Marseille and the day’s action concludes with the holders, Portugal meeting Austria in Paris. 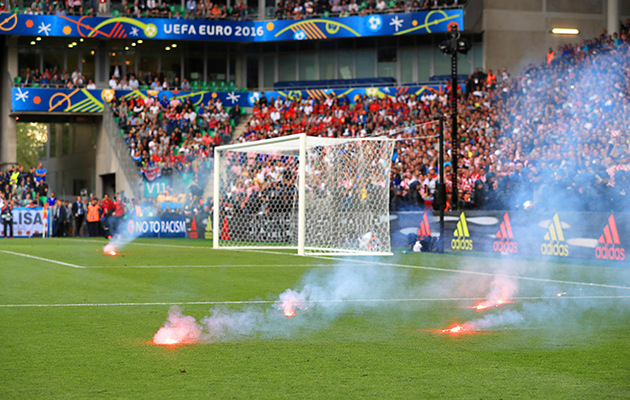 Flares on the pitch caused a temporary suspension of play during the Czech Republic-Croatia game.

Uefa has confirmed it is investigating the scenes of disorder which marred Croatia’s 2-2 draw with the Czech Republic.

The trouble in Saint-Etienne overshadowed assured performances from two of the big guns of European football. Italy produced a vintage hit and run job to defeat Sweden 1-0, while holders Spain looked back to their imperious best in swatting aside Turkey 3-0 in Nice.