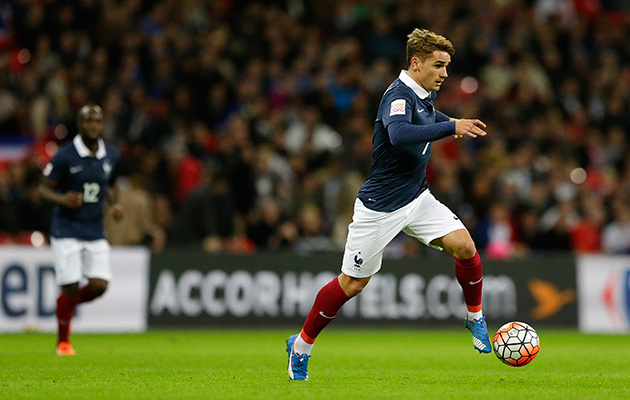 Bobby Robson knew a thing or two about home advantage and the former England manager hit the nail on the head when he said: “If we’re sitting together in my house, who’s more comfortable: you or me?”

France are on home turf for Euro 2016, so that automatically gives them an advantage over the other 23 teams taking part.

Yes, the pressure of expectation is perhaps greater on the hosts, but being at home, with the sense of comfort and familiarity that brings, far outweighs any negatives. If France get off to a good start when the tournament kicks off on June 10, then being “chez eux” will surely help them in their bid to become European champions for a third time.

Les Bleus have made home advantage count twice before, winning the European Championship in 1984 and the World Cup in 1998. And with current coach Didier Deschamps having lifted the European trophy as a player in 2000, as well as that World Cup in 1998, they have someone in charge who’s been there, done that and, yes, bought the T-shirt.

What’s more, while France may not have a team that picks itself going into the tournament, they can make a serious claim to having the richest set of all-round footballing talent from which to choose of all the competing nations. When there are players like Leicester City’s N’Golo Kante – a candidate for player of the season in the Premier League – and Kingsley Coman, the exciting attacker on loan at Bayern Munich from Juventus, pushing more established internationals hard for selection, then you know you’re dealing with a formidable pool of talent.

Deschamps’ biggest headache, once he’s chosen his squad, will be deciding on his strongest starting XI and hoping his team can get into its stride quickly.

His cause will be helped by the fact that, on paper, the French are in the weakest of the six tournament groups. They start with a game against Romania in Paris, and while coach Anghel Iordanescu’s side qualified for the Euros without losing, they’ve never won a competitive game against France. Deschamps’ team then take on Albania in Marseille and finish their Group A schedule against Switzerland in Lille four days later.

Given that the winner of the group will be paired against one of the third-placed teams, it would be a fair assumption that France won’t have too much trouble making it to the quarter-finals.

And at least one person thinks they have what it takes to go all the way.

Thierry Henry, a member of the team that won Euro 2000, recently commented: “I’m not just saying it because I’m French, but I back France to perform, to actually win it.

“It’s not an easy one when you have a big competition at home. But we managed to win the World Cup in 1998 and Euro 84, so we’ve done it before.

“Yes, the tournament is in France, yes the expectations will be big. We all know what Germany can do. Spain had a bad World Cup, but they will be there or thereabouts too.

“But I think this French team is good enough. They’re actually really good.”

They will have to manage without striker Karim Benzema, who is not available for selection following his involvement in the Mathieu Valbuena sex-tape scandal. But with Antoine Griezmann in sparkling form, and with two of the best midfielders in Europe in the ranks in Paul Pogba and Blaise Matuidi, not to mention top-class keeper Hugo Lloris between the sticks, 2016 could just be France’s year.

France’s two March friendlies – a 3-2 away win against Holland and a 4-2 home victory over Russia – showed they have immense attacking pedigree. Even without Benzema they scored seven goals. But they also conceded four, with some sloppy ones among them.

Despite those defensive concerns, however, Deschamps sees much to be excited about. “We’re going into the tournament with the intention of winning it,” he says. “You can be humble and still have ambition, you know?” 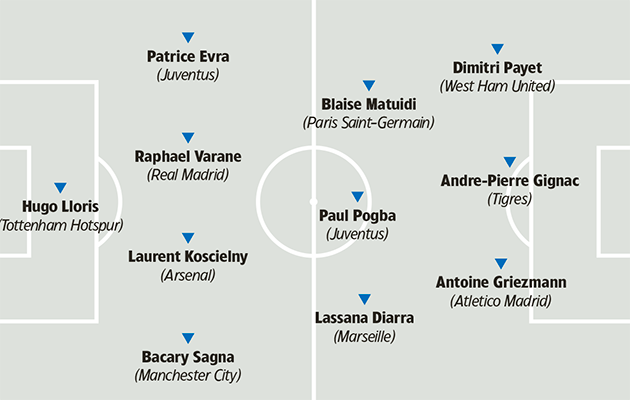 Didier Deschamps has shown a clear preference for 4-3-3 and France started seven of their 10 matches last year – as well as both friendlies in March – with this set-up.

After experimenting with a 4-2-3-1 against Albania last June, where his side were awful and lost 1-0, the coach tried a 4-4-2 against Portugal in September, but neither set-up yielded results that would suggest Deschamps could be tempted to change his philosophy permanently.

There are four players who are nailed on to start. Hugo Lloris will be in goal, and Blaise Matuidi and Paul Pogba will occupy two of the midfield berths, despite the latter not being at his absolute best this season. Both Pogba and Matuidi have great engines, and complement each other well. Pogba provides the steel and the discipline, while Matuidi offers attacking flair to support the front three.

Antoine Griezmann will start up front – and he would have been joined by Karim Benzema but for thev Real Madrid man’s off-the-field troubles. Andres-Pierre Gignac will probably take his place.

Defensively things are much more fluid. Raphael Varane is a Deschamps favourite, while alongside him Laurent Koscielny will most likely get the nod, given that Eliaquim Mangala and Mamadou Sakho have had their troubles this term. At full-back the coach must go for youth or experience. Bacary Sagna and Patrice Evra aren’t getting any younger, and Lucas Digne, Christophe Jallet, Layvin Kurzawa and Mathieu Debuchy are all in the running. 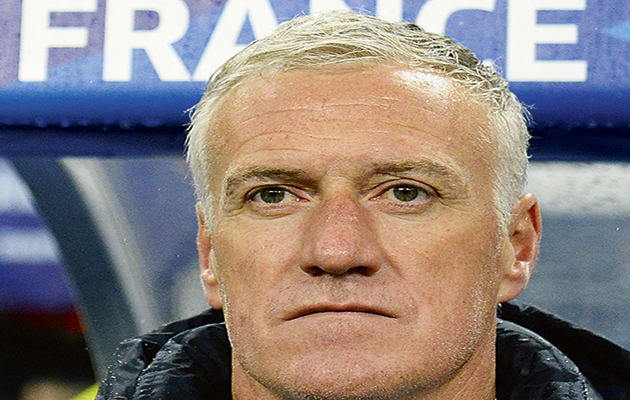 Didier Deschamps
Age 47 (15.10.68)
Despite Eric Cantona dismissing him as a “water carrier” when Les Bleus won the 1998 World Cup and the 2000 Euros, France’s captain on those two occasions has an impeccable footballing pedigree.
Add in two Champions League winner’s medals, in 1993 with Marseille and 1996 with Juventus, and a playing CV doesn’t come much better than that.

Coached Monaco, Juventus and Marseille before taking over as national coach in July 2012.