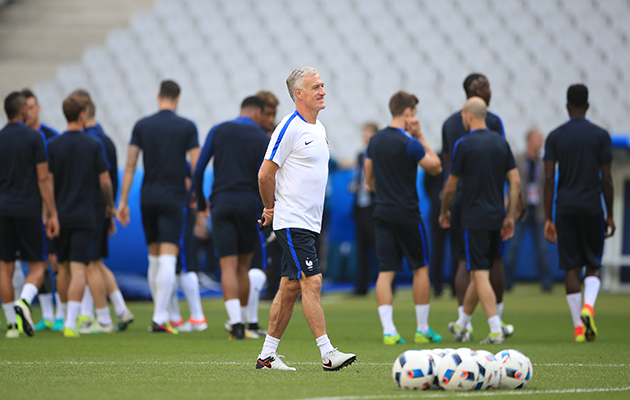 Hosts France will be looking to get the Euro 2016 party started in style when they face Romania in Friday’s opening game in Paris.

Didier Deschamps side kick off the European Championship at the Stade de France in a Group A clash which will go some way to determining whether the hosts’ status as pre-tournament favourites is justified.

The omens look good for France: the last two tournaments they hosted, the 1984 European Championships and the 1998 World Cup, they emerged victorious. But, Deschamps, who captained the latter team, is taking nothing for granted when it comes to the perceived advantages of playing at home.

“Every country has a different culture,” he said,” “It maybe didn’t help Brazil in [World Cup] 2014 but for us the public are going to be a great support. We just have to take advantage of it and to be proud.”

Playing at home against a relatively unfancied Romania team, but the France coach is taking nothing for granted.

“Obviously we’re playing in France, but the Romanian team we’re up against will not roll over and they will give their best to achieve a good result,” he said on the eve of the game.

“If they want to win this match, they can’t just defend. This team know how to defend but it’s not the only thing they’re good at. I watched their most recent games and they are good going forward. I am expecting them to come with the intention of upsetting us, so it will be an interesting battle over the 90 minutes.”

Deschamps, a European Champions winner as a player with France in 2000,  is leading his country for a second major tournament as manager, after the 2014 World Cup, where they lost at the quarter-final stage to eventual winners Germany. 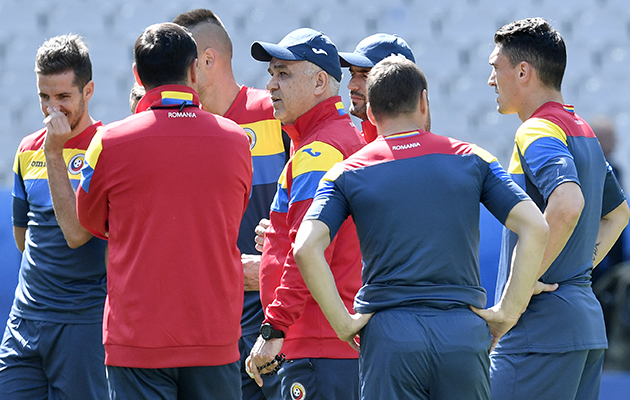 While Deschamps accentuates the attacking potential of today’s opponents, there is little doubt that Romania’s strength lies in defence.

Anghel Iordanescu’s men had the most miserly defence of the qualifying teams – conceding just twice in ten games – and the coach, while conceding the gulf in talent between the two sides, remains focused on reaching the knockout stages.

“France are clearly superior to us,” he acknowledged. “Didier Deschamps has class players available, who play in the Champions League and Europa League.

“Mine play in Turkey, Bulgaria, Israel and Qatar. But that does not mean that we have surrendered. We all have the same goal – to move groups. ”

Iordanescu is taking charge of Romania at a major tournament for the fourth time after World Cup 1994, Euro 1996 and World Cup 1998.

France lost the centre-back Raphaël Varane to injury before the tournament and are also without Mamadou Sakho, who was not picked by Deschamps after the Liverpool defender was handed a 30-day provisional ban for failing a drugs test.

Deschamps is expected to partner Adil Rami alongside Laurent Koscielny at the back. Forward Kingsley Coman has been carrying a calf injury this week, but should be fit enough to be on the bench.

Romania defender Vlad Chiriches has declared himself “100%” ready after he sat out the warm-up win over Georgia.

Striker Florin Andone has overcome a hand injury, while midfielder Ovidiu Hoban is also fit after a knock.